Ding Dong of a deal 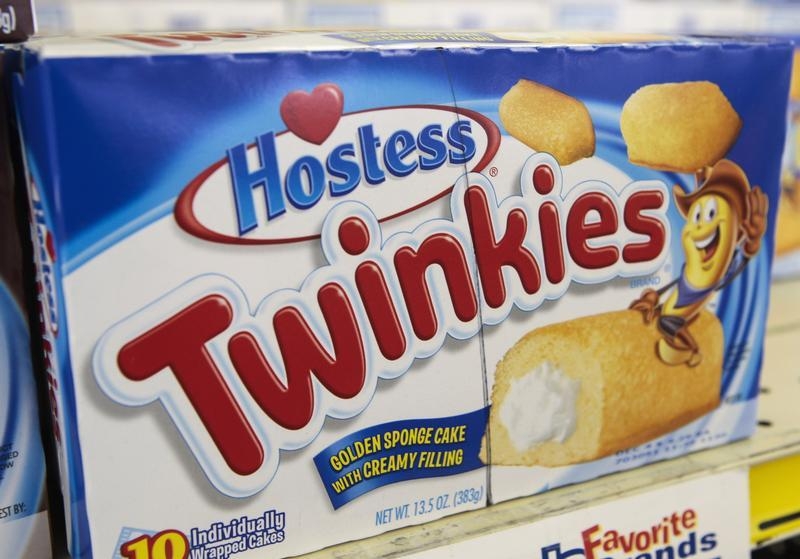 Twinkie the Kid rides again – on a risky saddle of debt. Hostess Brands, the maker of the iconic American snack cake, is returning to the public markets in a deal with a special-purpose acquisition company run by private equity firm Gores Group. It’s a chance to invest alongside some savvy investors, including C. Dean Metropoulos, as they roll up the junk-food and baking aisles. Yet at 10.4 times adjusted EBITDA, it’s a high price for a spiffed-up baker that went bankrupt twice due to changing consumer tastes.

Hostess was restructured after going belly up in 2004. Lingering labor issues, insufficient writedowns and declining demand for gut-busting sugar-bombs appeared to make the company’s second visit to the bankruptcy court, in 2012, terminal. The company ended up liquidating and ceased production. Apollo and Metropoulos snatched up the assets for $410 million three years ago and returned to filling sponge cake with non-dairy cream shortly thereafter.

Metropoulos, who has a knack for buying faded brands like Pabst Blue Ribbon beer and revitalizing them, did the same for Hostess. Diets are changing, but people who grew up on Ding Dongs, Zingers and Ho-Hos still seem to occasionally indulge in a sentimental treat. More efficient production and a shift to warehouse distribution knocked sales but lifted EBITDA margins, which stand at around 33 percent today. Investors were so tempted by Hostess they gobbled up a debt offering that allowed the owners to take a $905 million special dividend last year.

The Gores deal bakes in a lot of continued good fortune on top of lots of debt. The vehicle will inject its $375 million of cash into the company, along with another $350 million from additional investors, including Metropoulos, who’s contributing $50 million. That will bring the total debt burden to around 4.5 times EBITDA – which is hefty for a public company. Apollo and Metropoulos will own around 42 percent as the new majority owner, Gores Holdings, scours the globe for additional purchases.

That leaves little room for missteps. Hostess – which has a reputation for producing snacks with inordinately long shelf life – can’t easily jump aboard the healthier-food bandwagon: Quinoa Sno Balls or Kale Zingers anyone? Competition is fierce, too. A giant buck in food’s terra firma could easily knock Twinkie the Kid off the saddle again. Metropoulos needs to keep a firm hand on the Hostess reins.

A box of Hostess Twinkies is seen on the shelves at a Wonder Bread Hostess Bakery Outlet in Glendale, California, November 16, 2012.

Hostess Brands, the baker of Twinkies and Ding Dongs, said it entered an agreement with Gores Holdings to become a publicly listed company. Gores will contribute $375 million in cash, and additional investors have pledged to contribute $350 million through a private placement.

Apollo Global Management and C. Dean Metropoulos will own about 42 percent of Gores Holding following the transaction. The investors value the enterprise at $2.3 billion including debt.

Apollo Global Management and C. Dean Metropoulos bought Hostess out of bankruptcy in 2013 for $410 million.