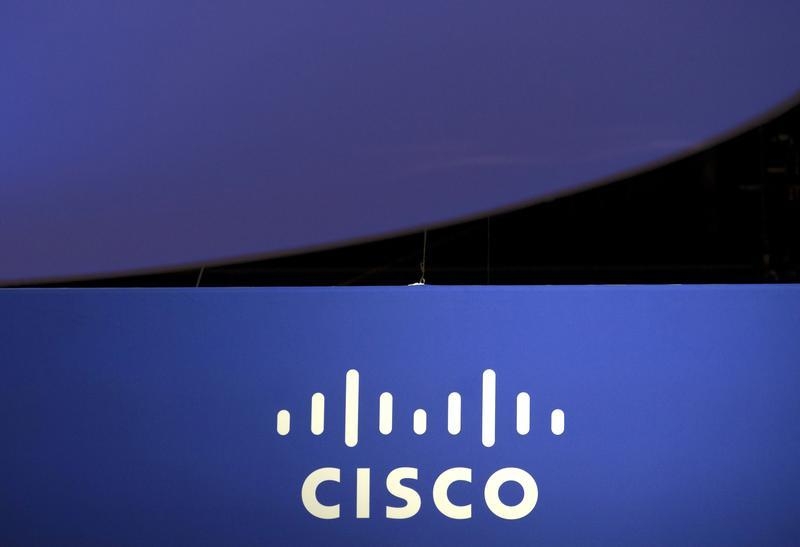 The $166 billion Intel and fellow tech giant Cisco Systems, worth $153 billion, are facing divergent futures. Intel is swallowing its pride and licensing intellectual property from chipmaking rival ARM. Networking behemoth Cisco, meanwhile, is planning to cut about 7 percent of its workers. Intel may have the strong hand.

The outlook for last-generation tech titans is often grim as their once cutting-edge products become quotidian, rivals find alternative solutions to problems and margins shrink.

That’s largely what ails Cisco. Virtual-networking software may be eroding demand for high-end hardware. Chinese rivals are competing fiercely. And revelations about U.S. spying programs could be damaging sales of Cisco switches and routers overseas. Despite new investments, the company’s revenue is stagnant – often a sign of incipient problems, considering hardware prices tend to fall steadily.

Cutting workers is one way to forestall pain but, as IBM’s travails show, it’s a temporary fix. Investing in other areas, as Cisco is in security, for example, has a chance of success – but it’s hard to do enough to offset declines in a big core business.

Intel may have the better recipe. Its problem is that PC and laptop sales are shrinking, while mobile devices are on the rise. Nearly all phones and tablets use ARM chips, because they tend to be cheaper and use less power. Lots of servers run powerful Intel chips behind the scenes, but even that unit of Intel reported only pedestrian 5 percent annual growth in the second quarter.

The big advantage for Intel, though, is that making chips requires massive investment, and prices are still steadily rising. The company spent nearly $20 billion last year on research, development and capital expenditure. Making chips for other firms means it can reap more from these investments by operating its factories nearer full capacity. Licensing ARM’s technology achieves that and gives Intel a slice of the growth in mobile devices.

Intel probably won’t maintain the margins it boasted when it had a de facto monopoly on microprocessors for PCs. But the scale needed for chipmaking has reduced competition. There were about a dozen companies capable of making high-end microprocessors a decade ago. Now there are just four. Intel will probably still be inside for many years to come.

Updates to incorporate Cisco’s own statements about cuts to its workforce in place of earlier reported estimates.

Separately, Cisco Systems said on Aug. 17 that it plans to lay off up to 5,500 workers, or about 7 percent of its staff.

Cisco made the statement as it reported earnings after the New York market closed on Aug. 17.

The Cisco Systems logo is seen as part of a display at the Microsoft Ignite technology conference in Chicago, Illinois, May 4, 2015.

Separately, Cisco Systems said on Aug. 17 that it plans to lay off up to 5,500 workers, or about 7 percent of its staff.

Cisco made the statement as it reported earnings after the New York market closed on Aug. 17.