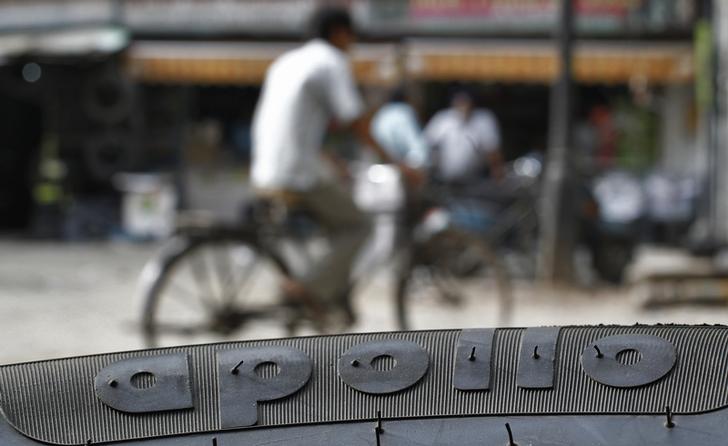 Apollo Tyres’ spat with its U.S. target could face a high toll. The Indian firm wants to renegotiate its $2.5 billion takeover of Cooper Tire & Rubber following protracted disputes with workers in the United States and China. Cooper has gone to court to force its suitor to pay up. In this fight, a compromise looks like the least bad outcome.

The Indian firm appears to have applied the brakes after underestimating the risks of a backlash by Cooper’s workers in two countries. The situation in China is particularly acute: employees have locked out the management and Cooper’s minority partner is seeking to dissolve the joint venture.

Apollo now admits that resolving the dispute could pile “significant and unprecedented costs” onto what is already a highly-geared transaction. Meanwhile, a U.S. arbitrator has ruled that the Indian company must reach an agreement with workers at two plants in Ohio and Texas in order for that part of the deal to proceed.

Apollo appears to have few grounds for renegotiating the combination that would create the world’s seventh-largest tyre maker. The merger agreement specifically precludes Apollo from using labour issues or disputes with Cooper’s partners as a reason to adjust the terms. However, negotiations with U.S. workers could drag on. In its court filing, Cooper accuses Apollo of deliberately delaying a deal with the U.S. union to prevent the deal from closing after coming under fire from analysts for overpaying.

Both sides have little to gain from the deal skidding off the road. Apollo could potentially face a large liability to Cooper’s shareholders if it pulls out without a strong legal case.  The collapse of what would be the second largest takeover of a U.S. company by an Indian acquirer would also reflect badly on India Inc. Unresolved labour issues, meanwhile, would probably deter any future buyers for Cooper.

Investors are increasingly doubtful the deal will cross the finish line. Even before news of Cooper’s lawsuit, the U.S. company’s shares were trading at $29, roughly half way between the pre-bid price and Apollo’s $35-per-share cash offer. With both sides still agreeing on the strategic rationale for a union, Apollo and Cooper have a big incentive to find the middle lane.

A cyclist rides past an Apollo tyre kept on display at a multi-brand tyre showroom in New Delhi June 13, 2013

Apollo Tyres is seeking to pay less for its agreed $2.5 billion acquisition of Cooper Tire & Rubber Co., citing “significant and unanticipated costs” following labour issues in the United States and China, the Indian company said Oct. 6.
Apollo argues that Cooper “misrepresented its management” of its majority-owned subsidiary in China, Cooper Chengshan Tire Co., “due to the fact that Cooper has no control over the subsidiary or access to its books”.
Workers at the joint venture in China’s eastern Shandong province have been on strike in protest of the deal since it was announced in June and have locked out the managers. The U.S. firm’s Chinese partner has also filed a lawsuit to dissolve the joint venture.
Apollo wants updated consolidated financial information and guidance from Cooper.
The U.S. firm denies that it has “acknowledged to Apollo that some price reduction is warranted”.
Cooper announced on Oct. 6 that it was taking legal action to require Apollo to “expeditiously close the pending merger”.
It accuses the Indian firm of delaying reaching an agreement with unions in the United States. The unions are concerned about the level of debt that will be placed on Cooper as a result of the deal.
Cooper shareholders voted in favor of the debt-financed deal on Sept. 30. The company’s shares closed on Oct. 5 at $29.5, a 16 percent discount to Apollo’s $35 per share cash offer. Apollo shares rose 2.7 percent to 68.5 rupees on Oct. 7.
Apollo and Cooper said that they remain committed to the strategic rationale of the deal which will create the seventh largest tire company in the world.
The deal was expected to close within the second half of 2013.
[Corrects to describe deal as “the second largest” takeover of a U.S. company by an Indian company in fifth paragraph of the view. A previous version said “the largest”.]