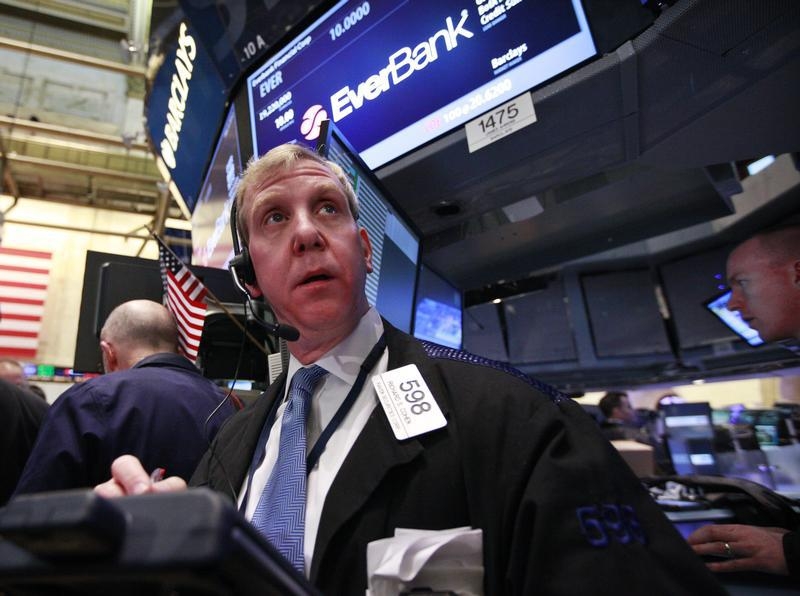 An unorthodox U.S. bank deal provides a timely reminder to the industry about M&A. Giant pension fund TIAA is snapping up EverBank for $2.5 billion. Even this non-traditional buyer should be able to slash enough costs to justify the price tag. Regular lenders might find even more. And with earnings under pressure, such acquisitions are bound to become increasingly necessary.

EverBank is a poster child of a target. Despite operating mostly as an internet bank, it bears similar characteristics to Main Street rivals. The top line is struggling to grow. It spends some 67 cents of each dollar of revenue on expenses, more than the likes of U.S. Bancorp and Wells Fargo, which usually spend at least 10 cents a dollar less. And EverBank’s return on equity rarely pitches over the 10 percent mark generally considered sufficient to cover the cost of capital.

At 1.4 times book value, TIAA is paying a fair whack. The price at least falls roughly in line with other deals, such as BB&T’s late 2014 takeover of Susquehanna Bancshares. Covering the 26 percent premium to EverBank’s undisturbed share price would require some $80 million in cost savings, or just 13 percent of the target’s annual expenses, based on first-half figures. Standard bank-to-bank mergers often seek 30 percent or more, as BB&T did with Susquehanna.

As a private company, TIAA is under less pressure to make such promises. And its rationale for the deal is far more about supercharging the growth of its four-year-old internet bank, TIAA Direct. It has just $4 billion of deposits, compared to $19 billion at EverBank.

The money manager, whose $889 billion of assets under management derive mostly from teachers, academics and government employees, has added a new wrinkle to bank deals. The likes of BB&T have sprinkled some of theirs with cash as well as stock. TIAA’s is all cash.

That ups the ante for banks in general. With the opportunity for growth a rare luxury that most financial institutions only can dream about, however, boosting the bottom line with M&A-driven cost cuts may be the best they can hope for.

Trader Richard Cohen works at the post where the IPO of EverBank Financial Corp. began trading on the floor of the New York Stock Exchange, May 3, 2012.

TIAA said on Aug. 8 it had agreed to buy EverBank for $2.5 billion in cash. Formerly known as TIAA-CREF, the buyer is primarily an asset manager for those working in academic, research, medical, cultural and government fields. It had $889 billion of assets under management at the end of June. It launched its own internet bank, TIAA Direct, four years ago.

EverBank is primarily an internet-based retail bank, with $27.4 billion in assets and $18.8 billion of deposits at the end of June.