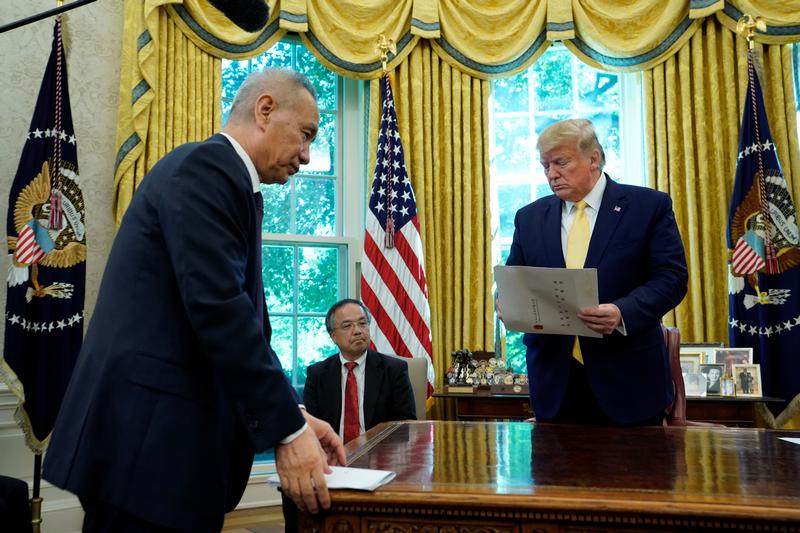 The two nations will review their trade deal as the White House refocuses on a purge of Chinese apps. The economic damage is more limited than tariffs, which upended companies and hurt consumers on both sides. Containing the trade fight is more important than saving TikTok.

China's Vice Premier Liu He gives a letter from China's President Xi Jinping to U.S. President Donald Trump during their meeting in the Oval Office of the White House in Washington, U.S., October 11, 2019.

U.S. and Chinese officials are scheduled to review the first six months of the so-called Phase One trade deal on Aug. 15. In January, China pledged to buy $200 billion in additional U.S. goods over two years. White House economic adviser Larry Kudlow said on Aug. 11 that the pact is “fine right now” and noted it’s the one area where the two countries are still engaged.

Separately, President Donald Trump’s administration has imposed sanctions on Hong Kong Chief Executive Carrie Lam and other officials because of a new national security law that the White House says undermines the region’s autonomy. On Aug. 6, Trump issued executive orders to ban Chinese apps WeChat and TikTok, whose parent ByteDance is in talks to sell parts of the app to Microsoft, in 45 days.