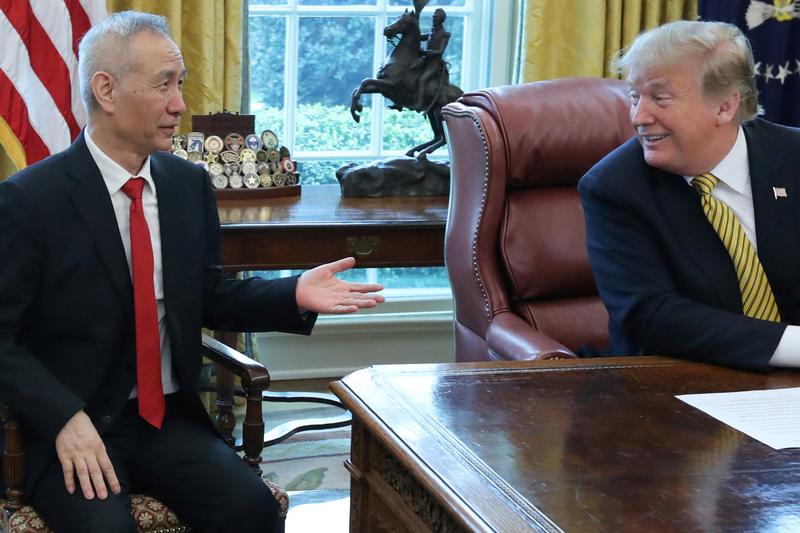 Donald Trump says a partial pact with Beijing includes up to $50 bln in agricultural purchases. Key issues like IP theft are up in the air, though. And many companies have already begun the pricey process of upending supply chains. Any spoils of war will fall short of the costs.

U.S. President Donald Trump meets with China's Vice Premier Liu He in the Oval Office of the White House in Washington, U.S., April 4, 2019.

President Donald Trump said on Oct. 11 that he had a reached the first phase of a trade deal with China, which includes suspending a threatened increase in U.S. tariffs and up to $50 billion in U.S. agricultural purchases by the People’s Republic. His comments came after a meeting with Liu He, China’s top trade envoy.

Chinese officials said progress had been made in many areas, but they had not confirmed the agricultural figure as of the morning of Oct. 14 in Beijing.

Trump also said the pact included financial services and intellectual property, without providing any additional details. The U.S. government delayed an increase in tariffs from 25% to 30% on about $250 billion in Chinese goods, which was supposed to go into effect on Oct. 15.