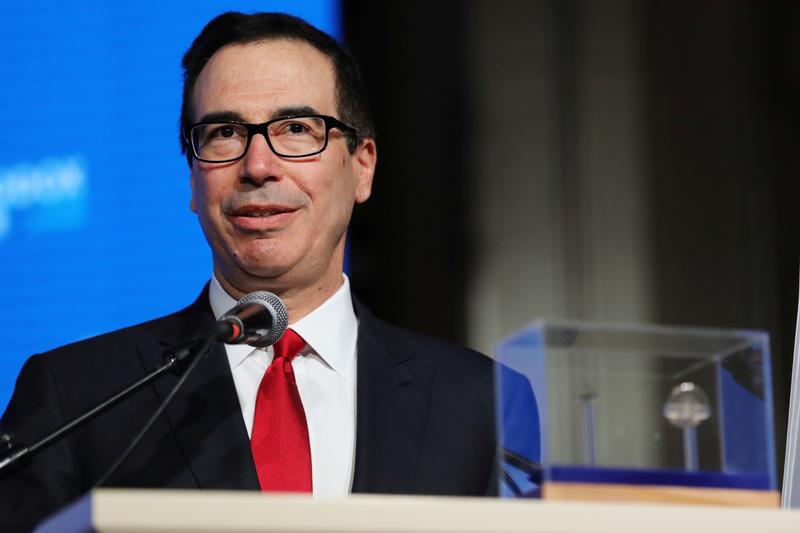 Beijing agreed vaguely to reduce imbalances and improve IP rights, both of which it has signaled before. A U.S. demand that China shrink its surplus by $200 bln went missing. Such details may yet get hammered out, but Xi Jinping’s industrial policy looks safe amid the detente.

U.S. Treasury Secretary Steven Mnuchin speaks during a reception hosted by the Orthodox Union in Jerusalem ahead of the opening of the new U.S. embassy in Jerusalem, May 14, 2018. REUTERS/Ammar Awad - RC15A03A9CC0

The United States and China released a joint statement on May 19 saying that the two sides had reached a consensus to “substantially reduce” the U.S. trade deficit with China, albeit without a specific target.