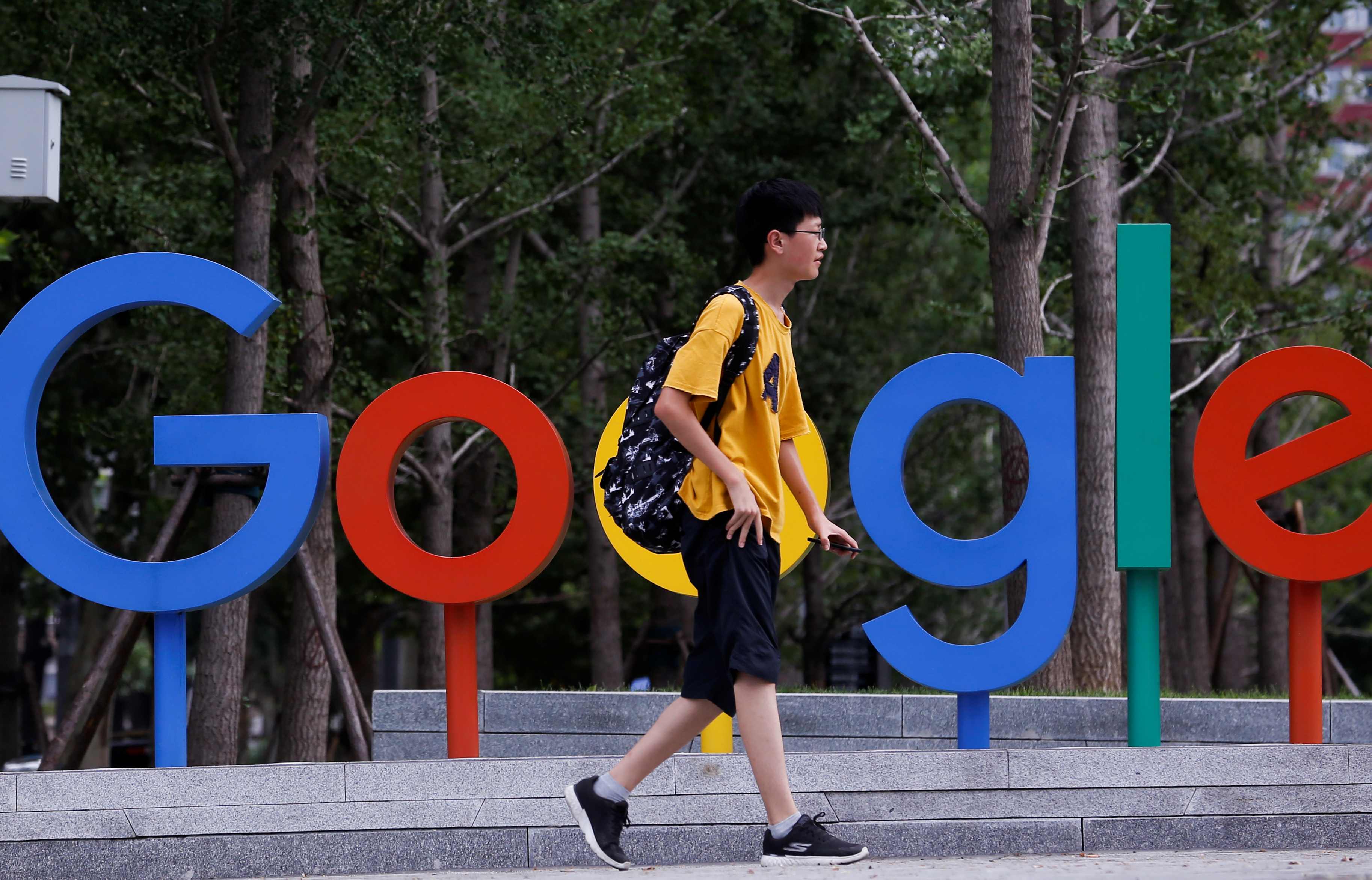 Vice President Mike Pence wants Google to halt a search-app project in China. He also said Beijing tried to get an American company to denounce U.S. policies in exchange for a license. With tariffs already imposed on most products, warped patriotism provides a new battleground.

A man walks past the brand logo of Alphabet Inc's Google outside its office in Beijing, China, August 8, 2018.

U.S. Vice President Mike Pence on Oct. 4 said Google should immediately end its development of the Dragonfly search app in China. Pence said continuing with the project would strengthen censorship and compromise privacy.

Pence made the comment in a speech at the Hudson Institute that was critical of China in general. He said Beijing was engaged in a comprehensive campaign to undermine President Donald Trump and was trying to interfere in U.S. domestic policies and politics. “China want a different American president,” Pence said.

He added that China was rewarding or coercing U.S. businesses, universities, movie studios, scholars and journalists based on whether they support or reject China’s policies. Pence said the campaign extends to next month’s midterm elections and the 2020 presidential vote.