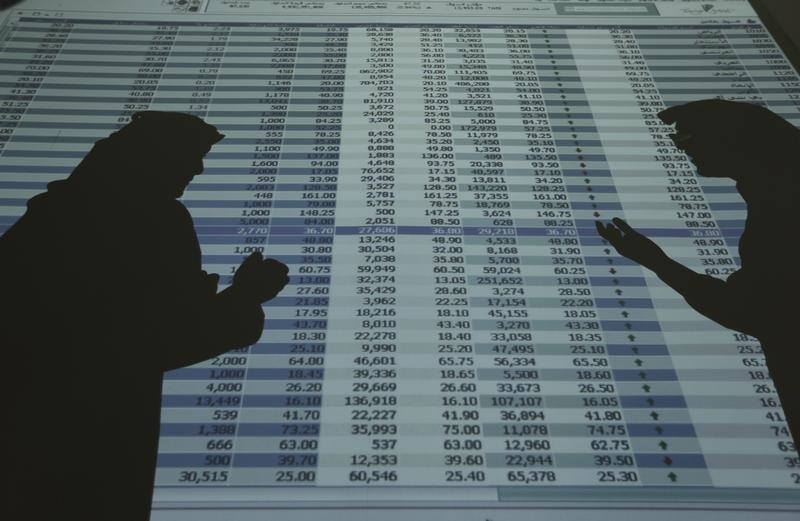 Donald Trump and his aides often question figures like the jobless rate. Now he is in charge of agencies supplying data, like the 2016 GDP reading due on Friday. Such statistics are hard to fudge but the new regime’s penchant for extreme spin puts their credibility at risk.

The shadows of investors and speculators are seen cast on a screen as they monitor stock prices at the FALCOM investment bank in Riyadh August 5, 2014.

The U.S. Bureau of Economic Analysis is scheduled on Jan. 27 to release its initial estimate of GDP for the fourth quarter and full year 2016. It will be the first major U.S. economic data report since Donald Trump was inaugurated as the 45th president of the United States on Jan. 20. During his campaign, he questioned government-supplied information and said the unemployment rate was "totally fiction," putting it at 42 percent. The unemployment rate in December was 4.7 percent, according to the Bureau of Labor Statistics.

On Jan. 23, White House spokesman Sean Spicer declined to answer a question about the jobless rate during a press briefing, and said there were several ways to count the unemployed. "Far too often in Washington, we get our heads wrapped around a number and a statistic," he said. "And we forget the faces and the families and the businesses that are behind those numbers."