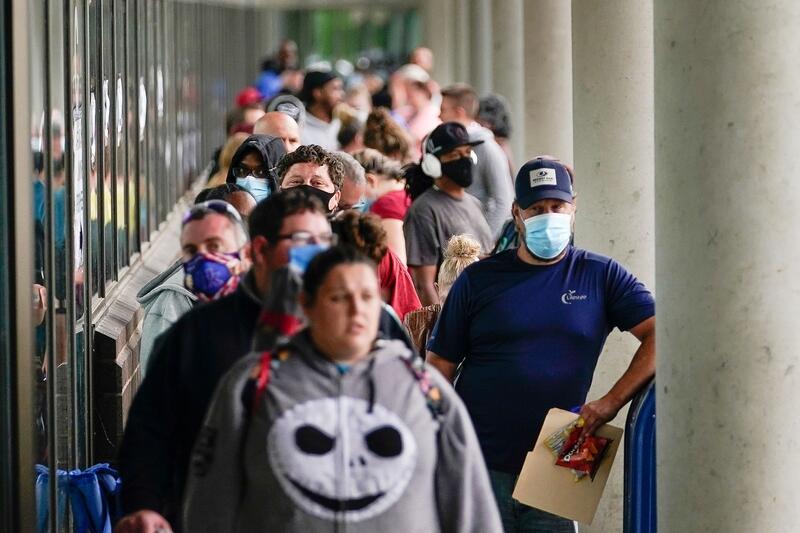 Almost 5 million Americans found work in June as the unemployment rate fell to 11%. But the recovery could easily crash again, or freeze, because of coronavirus spikes caused by premature reopenings. Infections, not jobs, are the better numbers to track.

Hundreds of people line up outside a Kentucky Career Center hoping to find assistance with their unemployment claim in Frankfort, Kentucky, U.S. June 18, 2020.

The U.S. Bureau of Labor Statistics on July 2 reported that total nonfarm payroll employment increased by 4.8 million in June after an increase of 2.7 million the previous month. The unemployment rate fell by 2.2 percentage points to 11.1%.

Employment in leisure and hospitality rose by 2.1 million, accounting for about two-fifths of the total increase. The increase in food services and drinking establishments was 1.5 million, following a gain of similar magnitude in May.

Average hourly earnings for private nonfarm payrolls fell by 35 cents to $29.37, mostly because of job gains among lower-paid workers.