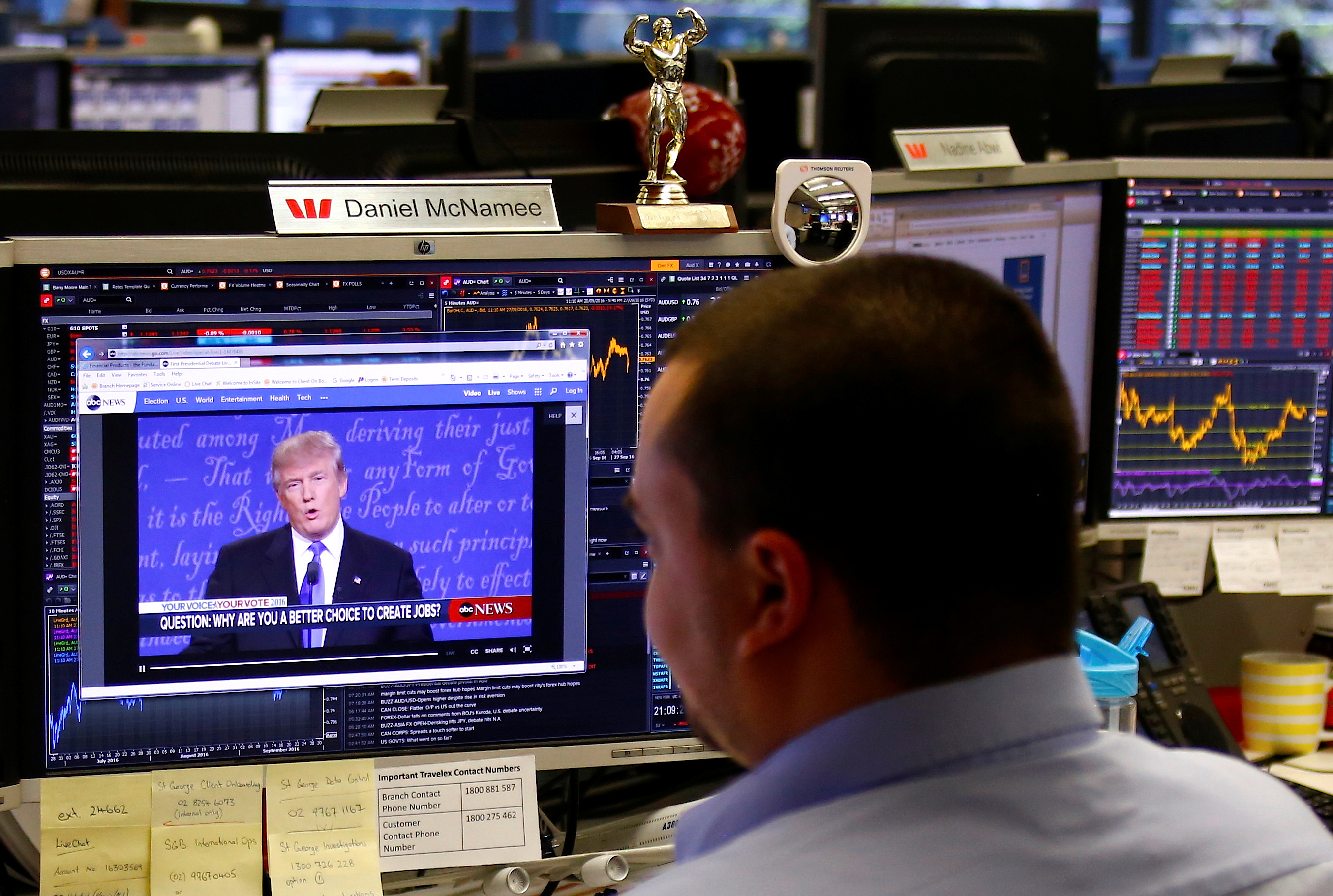 MSCI’s broadest index of Asia-Pacific shares outside Japan rose 0.6 percent. A CNN poll suggested that 62 percent of viewers of the televised debate felt that Clinton had won.

The dollar sank 1.7 percent against the peso. The Mexican currency recently hit an all-time trough, consistent with concerns that a Trump presidency would threaten Mexico’s exports to the United States. The Canadian dollar also rallied.

The Japanese yen briefly weakened to 101 against the U.S. dollar, before recovering to 100.53.