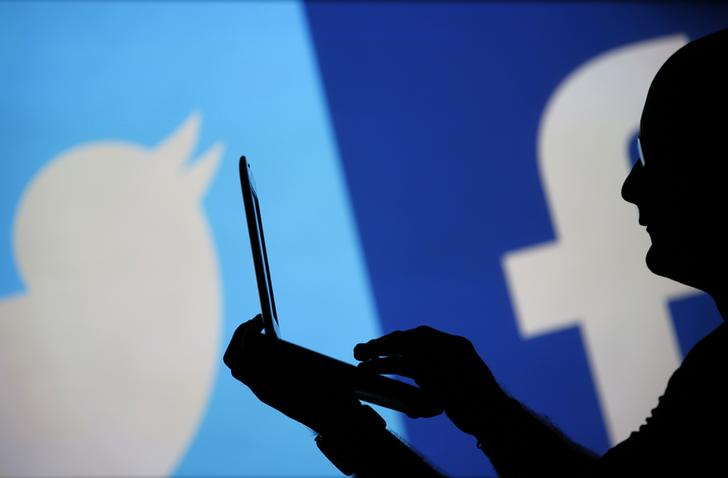 The $40 bln firm, Facebook and other online platforms can’t win in the Nov. 3 ballot. Banning political ads and premature claims of victory will be controversial and messy. Breakingviews imagines Jack Dorsey proposing one radical option to Mark Zuckerberg: a temporary shutdown.

A man is silhouetted against a video screen with a Twitter and a Facebook logo as he poses with an Dell laptop in this photo illustration taken in the central Bosnian town of Zenica, August 14, 2013.

Facebook will temporarily ban political ads in the United States after polls close on Nov. 3. The social network did not say when the ban will be lifted.

It will also remove calls for people to engage in poll watching or other activities aimed at intimidating election officials or voters. For posts by a candidate or party that prematurely declare victory, Facebook will add information that ballot counting is ongoing and no winner has been determined.

Separately, Twitter will label premature claims of victory and direct users to its official U.S. election page. Tweets that are aimed at inciting election interference or violence could be removed.