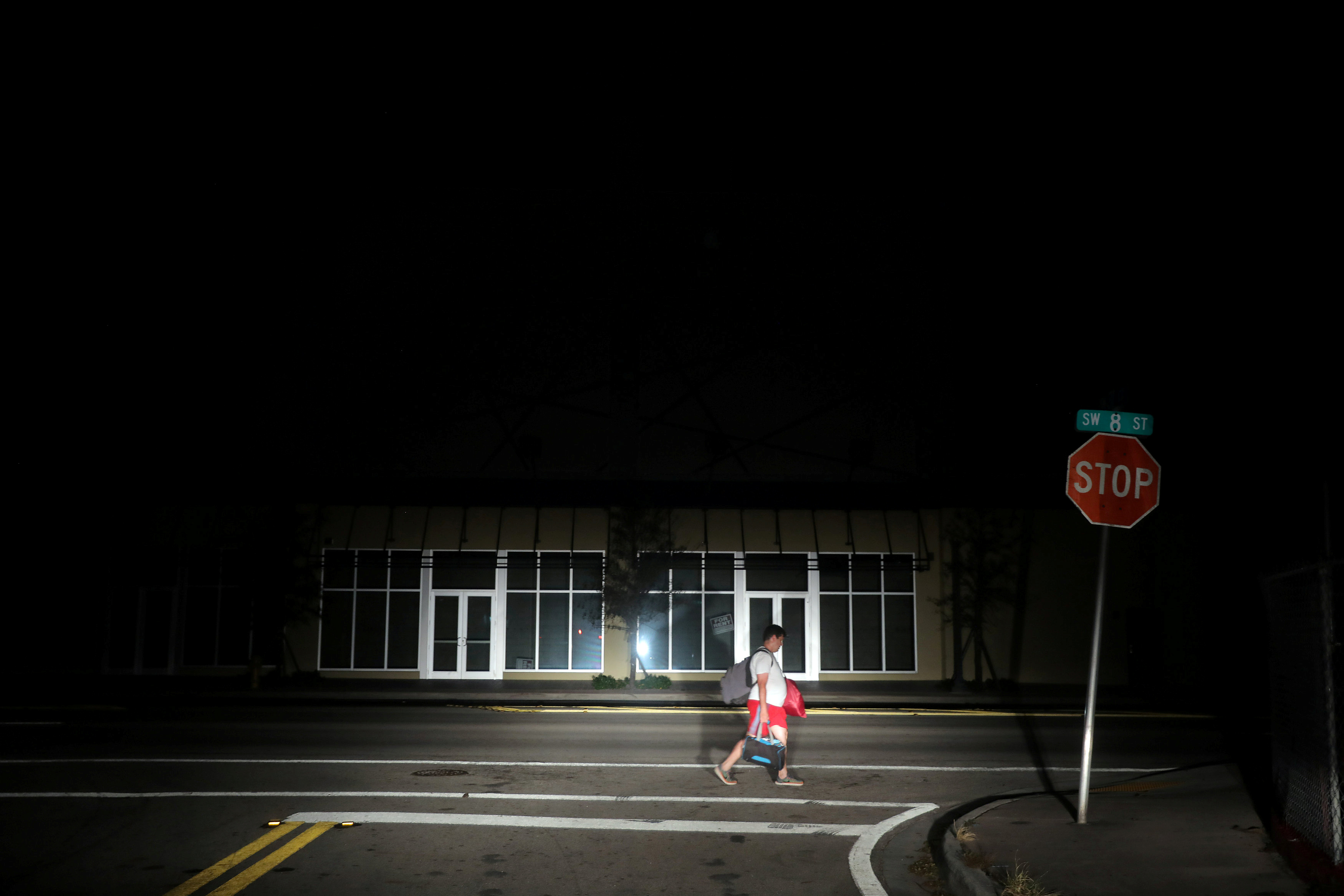 Hurricane Irma left much of Florida without power after ripping down transmission lines. Burying cables is one fix, if time-consuming. But storms are just one catastrophe threatening the nation’s aging electricity infrastructure. Upgrading it could cost as much as $2 trillion.

A man walks back home in the darkness as many areas of Miami still without electricity after Hurricane Irma strikes Florida, in Little Havana, Miami, Florida, September 11, 2017.

Florida Power & Light, a unit of NextEra Energy, has restored power to all but 239,420 customers since Hurricane Irma hit the Florida coast on Sept. 10, a spokesman told Breakingviews on Sept. 18. The company, which has 4.9 million customers, said previously that “significant investments in FPL’s energy grid will result in faster restoration time for customers than were experienced during Hurricane Wilma in 2005.”

FPL has spent nearly $3 billion on the grid over the past 11 years to make it more resilient to storms like the Category 4 hurricane that hit Florida just over a week ago. The company is the third-largest electric utility in the United States. It has been using more than 20,000 staff and contractors from 30 states and Canada to fix power outages.