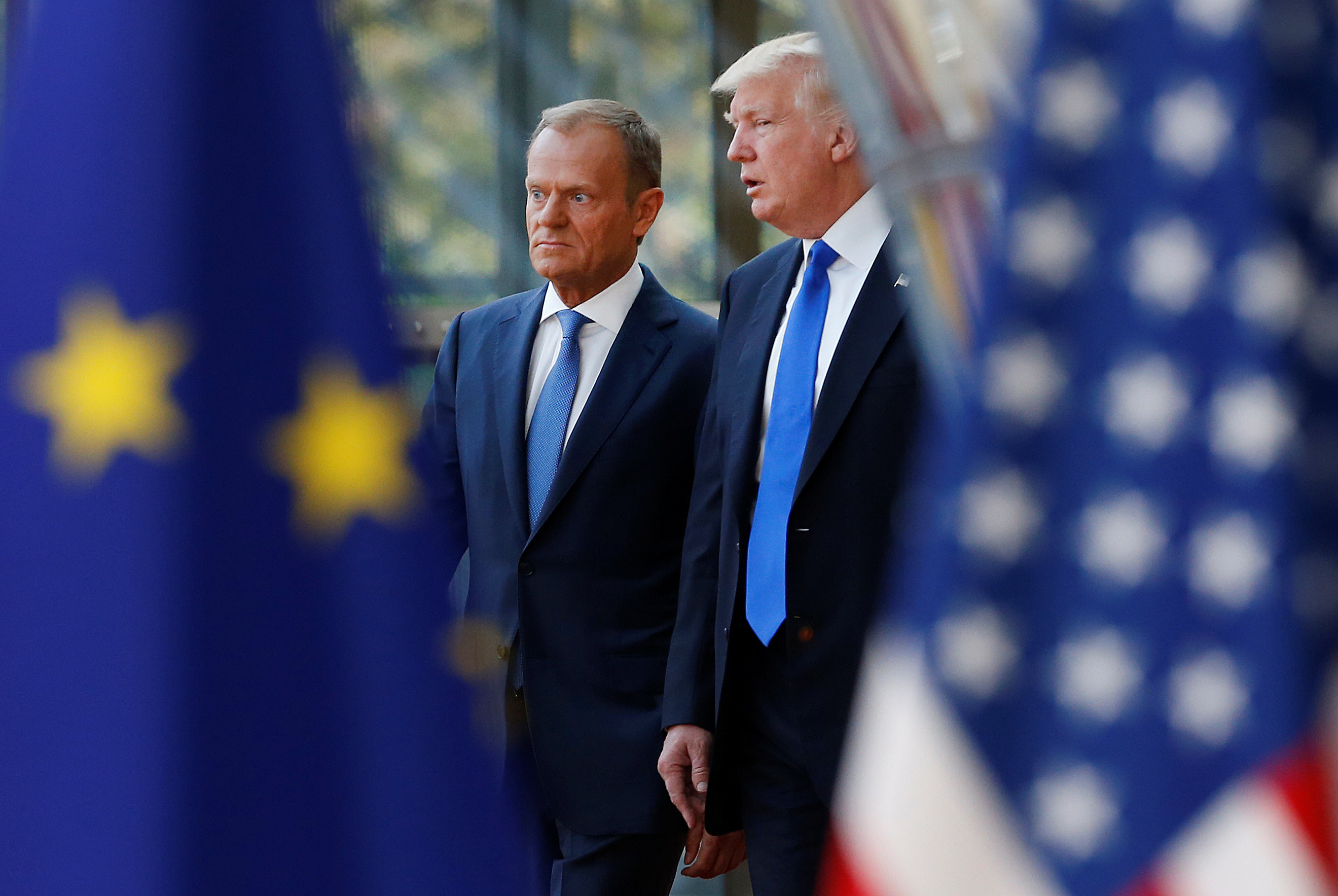 Trump officials hope a transatlantic deal will be easier to forge because barriers are already low. T-TIP has its own special problems, though, including local rules for white-collar workers and protections on products like feta. Such issues can be just as tricky as tariffs.

U.S. President Donald Trump (R) walks with the President of the European Council Donald Tusk in Brussels, Belgium, May 25, 2017.

The Group of Seven countries made progress in negotiations on trade during their summit meeting in Sicily on May 26 and 27, a French presidential source told Reuters.

Talks for the Transatlantic Trade and Investment Partnership, or T-TIP, started in 2013. Negotiations slowed down in 2016 amid the UK vote to leave the EU and opposition to the deal among some EU member states.

Among the issues under dispute is which products should have protected status that prohibits the use of certain names if they don’t originate from a region. For example, feta only can be used to describe cheese from Greece and champagne is restricted to sparkling wine from France. Harmonizing regulations and recognizing practitioner licenses are also part of the talks.

In February, U.S. Commerce Secretary Wilbur Ross told the Financial Times that he was open to reviving T-TIP talks but said the EU was competing with Japan and China over which region would show more willingness in reaching a deal with the United States.