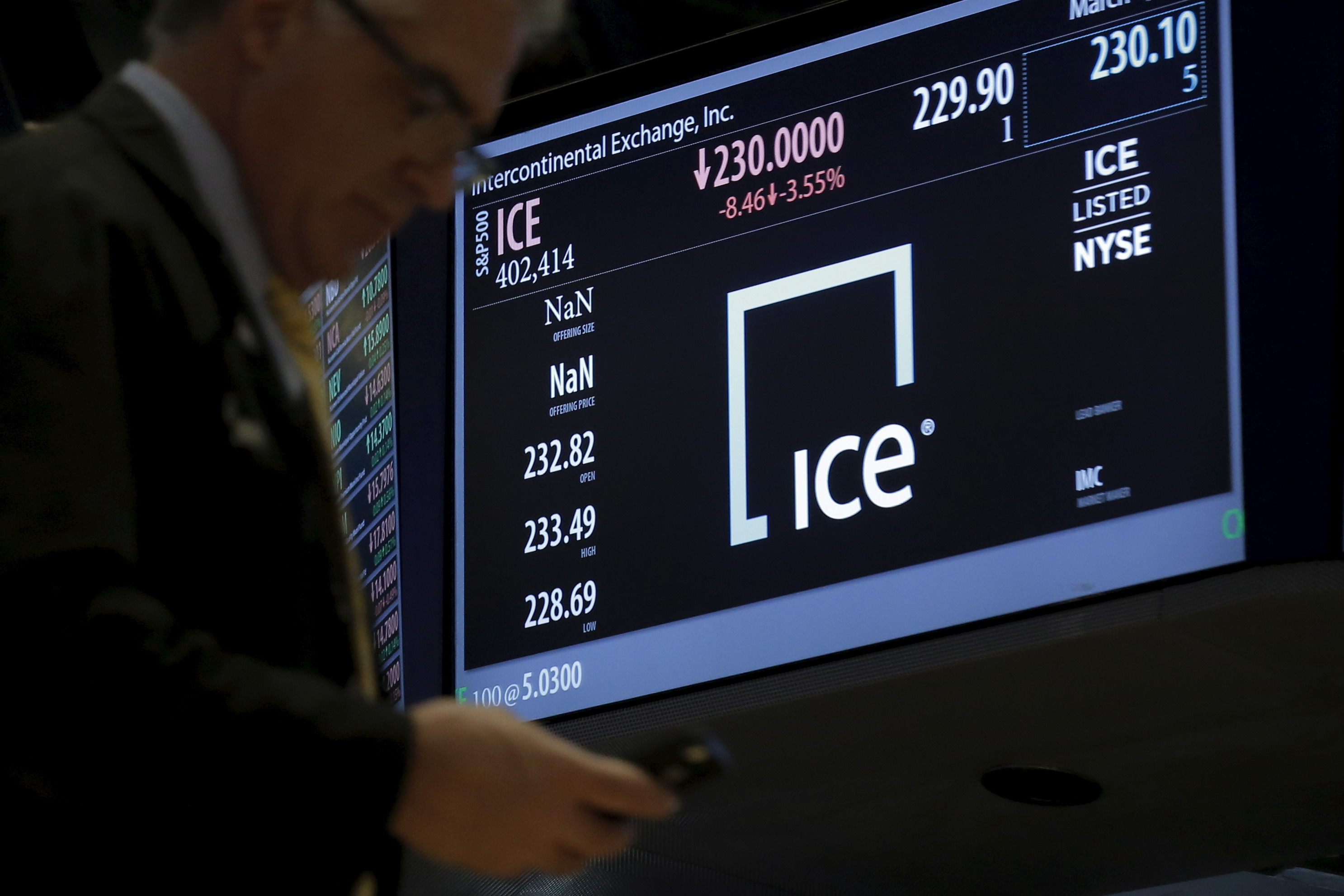 ICE and CME show no interest in butting in on data outfit Refinitiv, the LSE’s $27 bln target. The NYSE owner is pushing into fixed-income data, while CME is dominant in futures. Exchanges may yet consolidate further, but the big players have plenty to do on their own turf.

A trader passes by a screen displaying the trading info for Intercontinental Exchange Inc. (ICE) on the floor of the New York Stock Exchange (NYSE) March 1, 2016.

Jeffrey Sprecher, chief executive of Intercontinental Exchange, said on Aug. 1 that the company had discussed over more than a decade the possibility of joint ventures or acquisitions with the management of what is now financial-data provider Refinitiv, but could not see a deal that would be accretive to ICE shareholders. Earlier in the day, London Stock Exchange Group confirmed that it had agreed to buy Refinitiv from an investor group led by Blackstone and Thomson Reuters, the parent of Breakingviews, for $27 billion including debt.

Separately, ICE on Aug. 1 reported that profit attributable to shareholders rose 4% in the second quarter from the same period a year earlier, to $472 million, or 84 cents a share. Revenue less transaction-based expenses was up 4% year-on-year at $1.3 billion.

Chicago-based CME on July 31 reported that profit declined 9% in the second quarter from a year earlier, to $514 million. That amounted to $1.43 a share. Excluding one-time items like the costs of its $5.5 billion acquisition of electronic brokerage NEX last year, adjusted earnings were $1.76 a share. Revenue rose 20% to $1.3 billion in the period from a year earlier.