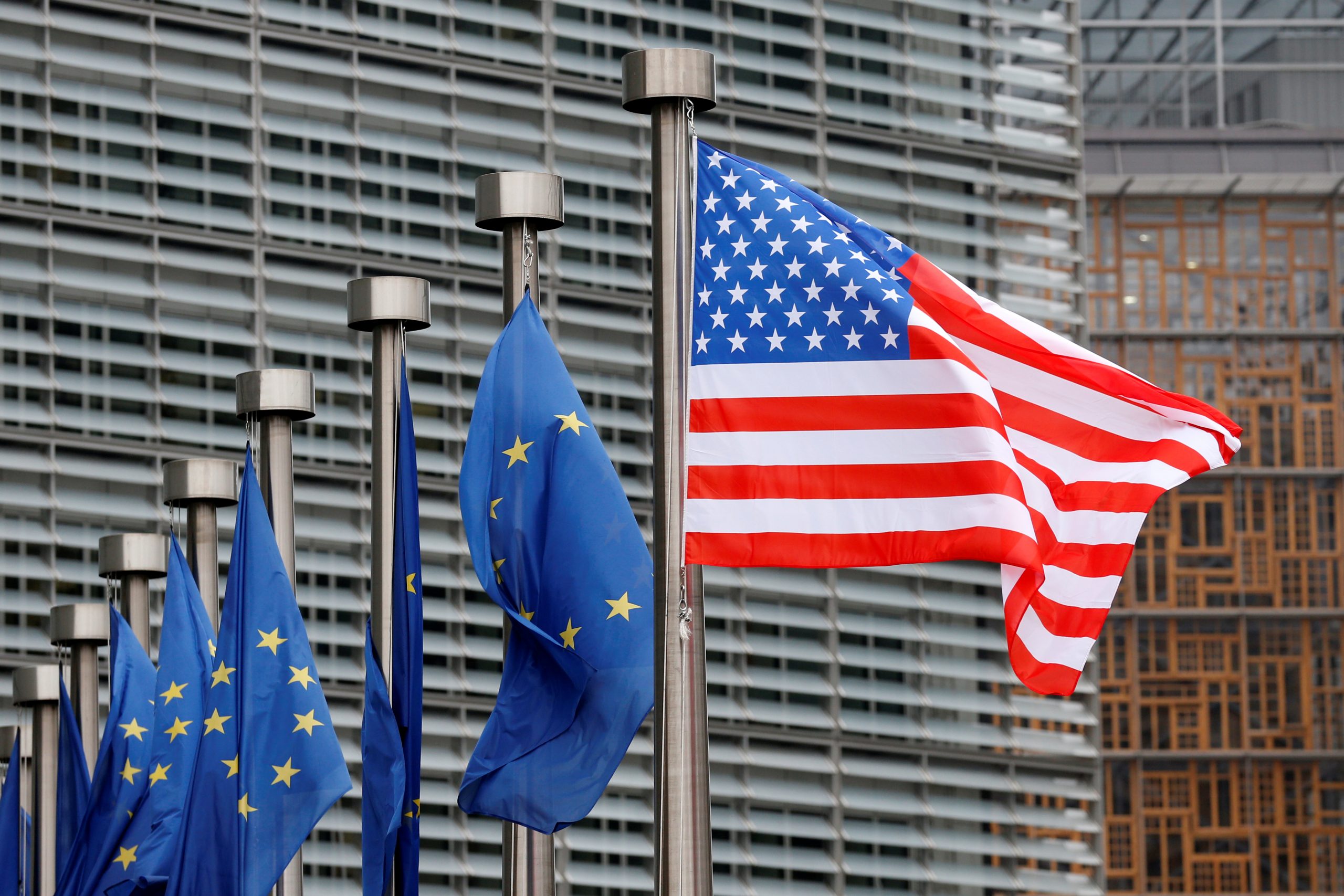 It’s easier to fire workers in America and welfare is less generous than across the Atlantic. That’s unhelpful for bouncing back from a virus-induced crash. Consumers will be less scarred in countries where businesses retain workers and social safety nets are strongest.

U.S. and European Union flags are pictured during the visit of Vice President Mike Pence to the European Commission headquarters in Brussels, Belgium February 20, 2017.

The European Commission on April 1 proposed a short-time work scheme modelled on Germany's Kurzarbeit programme to help people keep their jobs as the coronavirus pandemic hits economies across the 27-nation European Union. Under the German scheme, the government pays part of a worker's wages when companies cut their hours to prevent employees losing their jobs altogether.

The ADP National Employment Report on April 1 indicated that U.S. private payrolls fell by 27,000 jobs last month, the first decline since September 2017, after advancing by a revised 179,000 in February. Establishments were surveyed in mid-March, before many states and local governments ordered residents to stay at home unless on essential business.

Initial claims for U.S. unemployment benefits soared to a seasonally adjusted 3.3 million in the week ending March 21, eclipsing the previous record of 695,000 set in 1982, the Labor Department said on March 26.