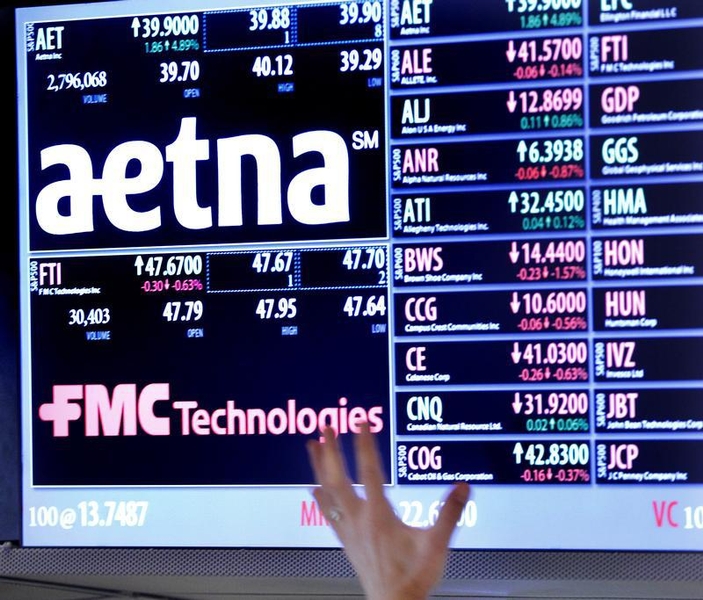 Two U.S. healthcare mega-deals have been given grim diagnoses. Aetna’s $34 billion plan to buy rival Humana and Anthem’s $44 billion acquisition of Cigna are risky propositions to shrink the industry from five big insurers to three. Their stock prices now suggest zero chance either deal will succeed. If investors are correct, the companies will return to independence worse than they started.

Fresh fears arose this week that trustbusters have serious concerns about the Aetna deal, following similar competition worries regarding Anthem’s. The cases against them are relatively simple. When insurers consolidate, the premiums charged tend to rise. Being bigger might help the companies negotiate better deals with hospitals and drugmakers, but regulators are often skeptical that the benefits will be passed on to consumers, who would have fewer providers from which to choose. A similar rationale has prevented additional mergers in other industries, including U.S. wireless.

Both insurance transactions were announced with much fanfare within weeks of each other about a year ago. The gap between the offer prices and where the targets were trading on Friday surpassed 30 percent. Such spreads are indicative of extreme pessimism.

Humana shares, for example, are trading 8 percent below where they were in April 2015. That’s when news of several possible insurer deals was reported. Cigna’s are 1 percent cheaper than their undisturbed price. In the meantime, the S&P 500 Index has increased by about 3 percent over the same period. That means investors assume the two targets are relatively worse off.

The potential acquirers haven’t done any better. Aetna’s stock has returned a bit less than the S&P 500, while Anthem’s has been walloped, falling about 14 percent since April 2015. The only real winner has been UnitedHealth, which sat out of the wheeling and dealing and instead concentrated on winning business from its distracted rivals. Its shares have gained 20 percent over this period.

It may be that arbitrageurs, who have been burned badly multiple times in recent years, are being overly skittish. Many were caught wrong-footed when Pfizer’s $160 billion attempt to buy Allergan fell apart earlier this year and they sustained even heavier losses when Abbvie’s $55 billion purchase of Shire blew up in 2014. The insurers could yet stage a miraculous recovery, but the flat-lining stocks are usually a tell-tale sign that it’s time to start making other arrangements.

Humana shares fell nearly 10 percent on July 7 on media reports that regulators could block its acquisition by Aetna. The two health-insurance companies were scheduled to meet with U.S. Department of Justice officials on July 8. The agency has significant concerns over the combination, Reuters reported.

The deal would unite two of the largest providers of Medicare Advantage plans, which are the privately run version of America's healthcare safety-net program for the elderly. Aetna began a process to divest about $1 billion of Medicare Advantage assets to address antitrust concerns, Reuters reported on July 1.

The DOJ is also reviewing Anthem's agreement to buy Cigna. If the deals proceed, the number of national health insurers would shrink from five to three. The current value of Aetna's offer for Humana is about $34 billion, and Anthem's proposed deal for Cigna would be worth about $44 billion.