Blueprint for a boom 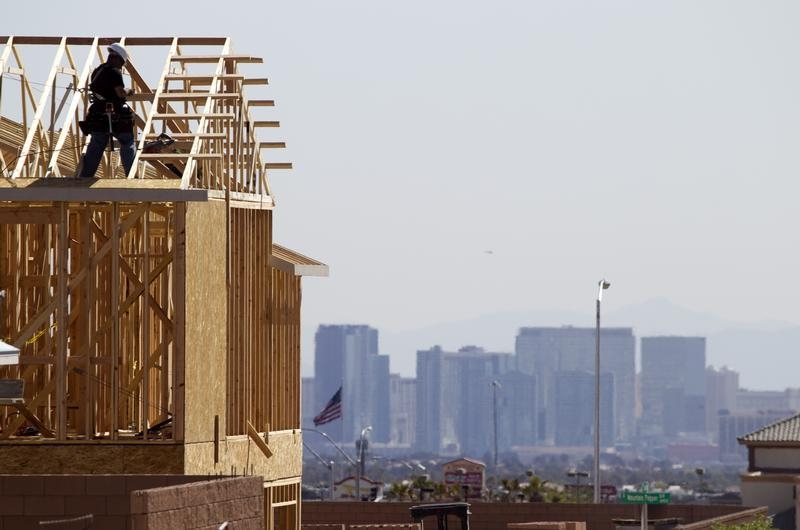 Nearly a decade after the financial crisis, the U.S. housing rebound is still under construction. The number of homes being built is steadily climbing and should top the 1 million mark this year. That’s fewer than are needed to compensate for population growth and lost homes, however.

Assuming new construction does reach that level, it will be the first time since 2008 according to U.S. Census Bureau figures. Yet in a historical context it will be unremarkable. America never built fewer than 1 million units in the 40 years before the crisis, when the population was smaller. In most years it erected many more.

The U.S. population is growing – by about 25 million in the past decade. The average household size is about 2.5 people. That means about 1 million new residences, on average, are required each year. But about 400,000 units are lost annually, according to figures from the Department Housing and Urban Development. So even on likely 2016 construction figures, there’s a big shortfall.

Behavioral factors have reduced demand since the crisis. Young people are far more likely to live with their parents now than for several decades. But an improving job market is leading more of them to move out, and many more probably wish they could. That suggests household formation should be rising towards the recent norm of about 1 million a year.

No wonder the percentage of rental apartments and homes that are vacant has trended downward, to 6.7 percent in the second quarter, according to the Census Bureau. The figure was over 10 percent in 2010. Rising rents will push more people into considering buying.

This is good news for homebuilders and construction workers. Home improvement retailers Home Depot and Lowe’s are also benefiting, with second-quarter sales rising 7 percent and 4 percent, respectively, from a year earlier. But the benefits will spread wider. Lumber, paint, carpet and appliance producers can feel optimistic. Even electric utilities and cable firms will gain.

Memory of the housing-driven bust has left many Americans reluctant to gamble on investment in new homes. But nearly a decade of insufficient construction means there’s an increasingly solid foundation for a boom.

Home Depot on Aug. 16 reported revenue of $26.5 billion for the second quarter, an increase of 7 percent from the same period last year. Rival home improvement chain Lowe's said on Aug. 17 that its second-quarter revenue rose 4 percent year-on-year to $18.3 million.

A carpenter works on a new home at a residential construction site in the west side of the Las Vegas Valley in Las Vegas, Nevada April 5, 2013. .

Home Depot on Aug. 16 reported revenue of $26.5 billion for the second quarter, an increase of 7 percent from the same period last year. Rival home improvement chain Lowe's said on Aug. 17 that its second-quarter revenue rose 4 percent year-on-year to $18.3 million.