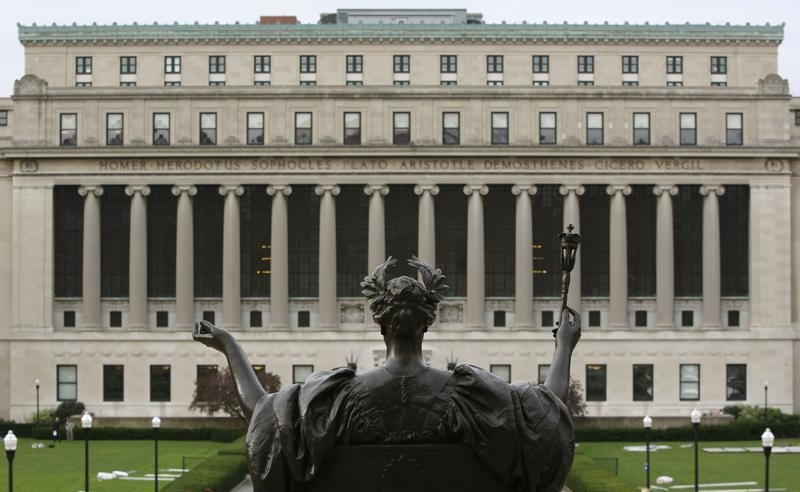 The U.S. working-class union-member stereotype is fading away. A ruling this week that lets Ivy League graduate students organize will add to the growing share of cubicle-dwellers in unions. It’s part of a shift that’s making the American labor movement look increasingly white collar.

Columbia University’s doctoral students were the subjects of the National Labor Relations Board’s decision on Tuesday, but it applies broadly to all private colleges. The board argued that the wannabe professors were employees as well as students, an overlap which could in theory extend to football players and undergraduates.

In the decade to 2015, the proportion of employees in white-collar jobs – as opposed to manufacturing, for example – who are union members has increased to 55 percent from 51 percent according to figures from the Bureau of Labor Statistics. The number of union members in the former category was also higher last year than in 2005.

That’s in contrast with the overall trend. Union membership in the United States fell by 6 percent over the period, the tail-end of a seismic shift – for blue-collar workers, in particular – that has seen membership cut in half since 1985.

Longer-term changes that have weighted the U.S. economy more toward services and away from manufacturing and the like also can’t be blamed for more recent declines in blue-collar union membership. The proportion of employed people in occupations classed by the BLS as natural resources and production held steady at around 22 percent from 2005 to 2015. Among those workers, union membership still fell to 28 percent from 33 percent a decade earlier.

That’s surely partly to do with competitive pressure from rival domestic and foreign employers. Different concerns may apply amid the ivory towers of Columbia and other universities, where graduate students and junior faculty members are being asked to shoulder more and more work. Parsing the reasons might make a good Ph.D. topic, but the result is that an American union chief is now more likely to be in a shirt and jacket than overalls.

A view of the Butler Library campus of Columbia University in New York in this picture taken October 2, 2009. REUTERS/Mike Segar (UNITED STATES) - RTXPBT5

Columbia University graduate students who work as teaching and research assistants have the right to join a union, the U.S. National Labor Relations Board ruled on Aug. 23. The decision paves the way for graduate students at private universities across the United States to unionize.

The labor board's 3-1 vote overturns a 2004 ruling that found graduate student assistants at Brown University were not employees under federal labor law. The Brown decision deemed that the students' relationship with the university was primarily educational, not economic.

The Aug. 23 decision only applies to private schools. Organizing rights for graduate students at public colleges are determined at the state level. Graduate students have formed unions in more than a dozen states.