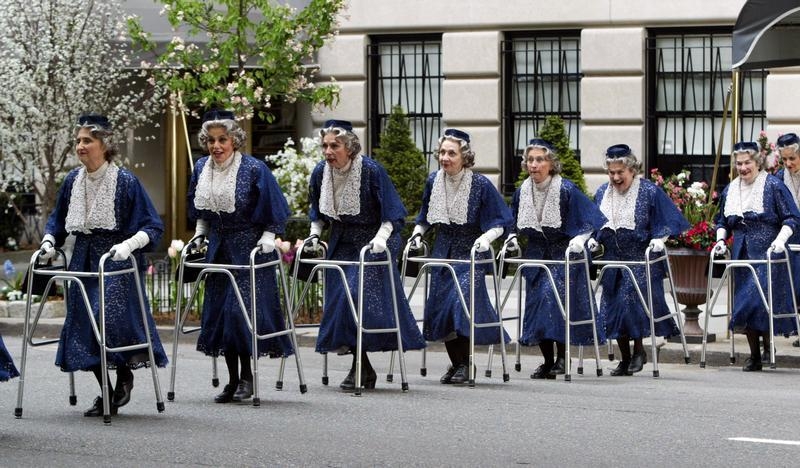 The funding shortfall for U.S. states’ pension plans narrowed in 2014, but it’s only a temporary reprieve. State-run retirement plans reported a cumulative $934 billion gap between their assets and liabilities in the last fiscal year for which data for all 50 states are available, according to a report released on Wednesday by the Pew Charitable Trusts. That’s down from a $1.1 trillion shortfall in 2013, after adjusting for changes in pension accounting standards.

The gap is still formidable, and it’s set to grow. The situation in 2014 was flattered by an unsustainable 17 percent average return on investment. Returns averaged 3 percent in 2015, while 2016 is trending negative, Pew says. That should easily send the shortfall back above $1 trillion.

In any event, this almost certainly understates the problem. Pew’s figures are based largely on pension funds’ own assumptions about long-term returns, which average around 7.5 percent. While down from the 8 percent-plus commonly counted on a few years ago, that still feels too high given the prevailing ultra-low interest rates, which sap returns on bonds and arguably also the likely payoff for equities.

Bond guru Bill Gross, formerly of Pimco and now at Janus Capital, has suggested 4 percent is a more appropriate long-term target. Using a risk-free return based on market prices for government debt, the Hoover Institution’s Joshua Rauh recently calculated that 564 state and local government pensions were underfunded to the tune of $3.4 trillion – nearly three times the figure Rauh says they collectively reported under the standard government regime.

Meanwhile, the funds’ potentially unrealistic return targets are forcing pension trustees to bet on relatively risky equities or alternative assets to hit them. That’s a strategy that can backfire, as recent poor returns show.

Trustees are slowly lowering their expectations. The Illinois Teachers’ Retirement System, the biggest pension fund in a state with $111 billion of unfunded retirement promises, is this week considering whether to lower its return assumption for the third time in four years. The political pressures are clear: an aide to Illinois Governor Bruce Rauner warned in response that taxpayers could be “immediately on the hook.”

Reducing the target return would merely acknowledge financial reality, however. The sooner governments fess up to the fragility of their pension promises, the better.

The item has been corrected to say trillion not billion in the context news.

A group of women with walkers cross New York's Fifth Avenue during the filming of a scene for "The Producers" in New York City, May 4, 2005. REUTERS/Jeff Christensen PP05050052 ODLY Pictures of the month May 2005 JC - RTRA4MA

State-run retirement systems in the United States have a $934 billion gap between the pension benefits promised to government workers and the funds available to meet those promises, the Pew Charitable Trusts said in a report published on Aug. 24. That was down from a deficit of $1.07 trillion in 2013, after adjusting for changes in government accounting standards, Pew said. The reduction was driven mainly by strong investment returns, with public pension plans averaging a 17 percent rate of return in 2014. Returns in 2015 averaged around 3 percent while the first three quarters of fiscal 2016 have shown negative average returns.

The Pew study comes as the Illinois Teachers' Retirement System could decide this week to lower its long-term return assumption for the third time in four years. On Aug. 22, an aide to Illinois Governor Bruce Rauner warned that such a move would put taxpayers "immediately on the hook for potentially hundreds of millions of dollars in higher taxes or reduced services."