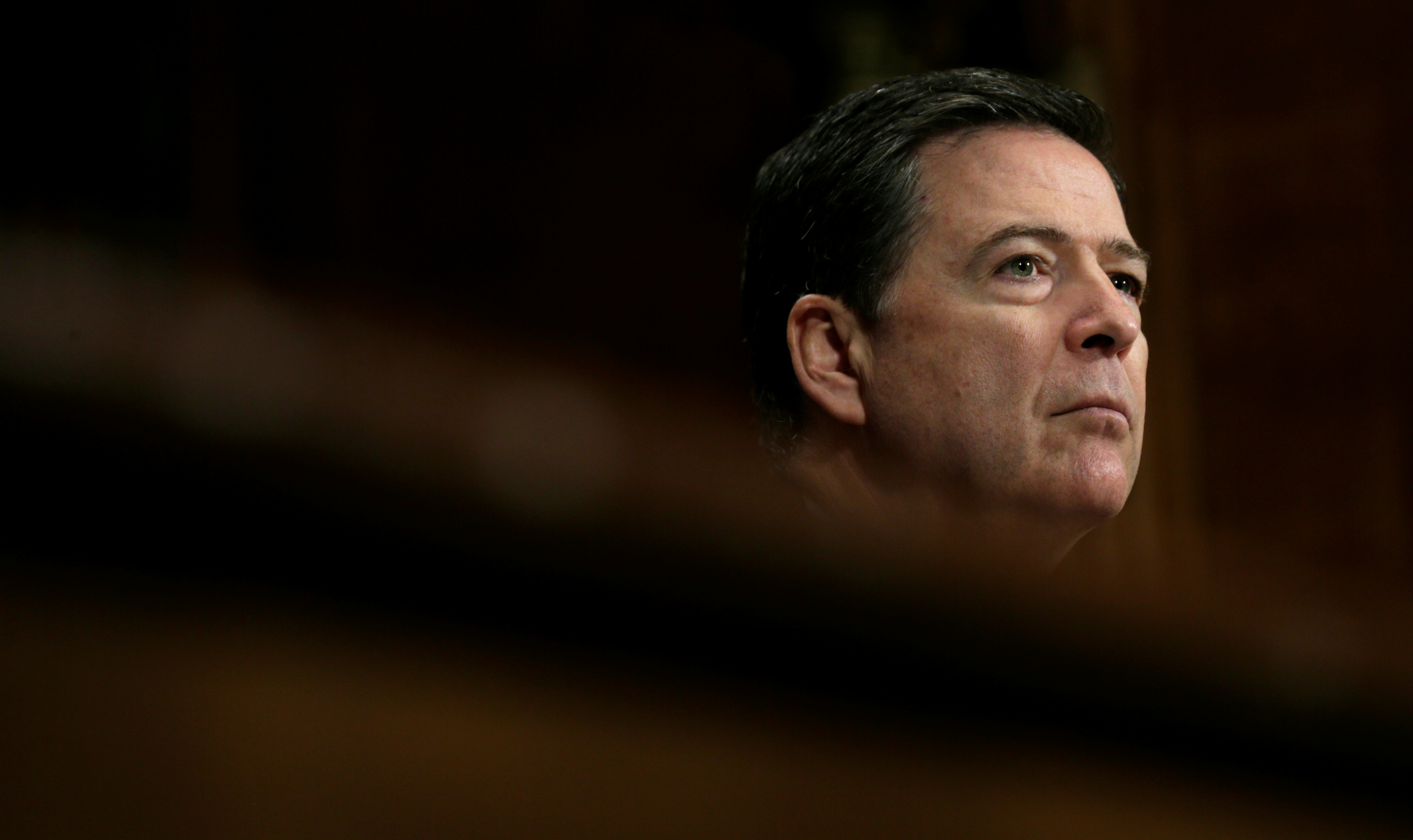 FBI Director James Comey testifies before a Senate Judiciary Committee hearing on "Oversight of the Federal Bureau of Investigation" on Capitol Hill in Washington, U.S., May 3, 2017.

Trump said he made the move based on recommendations from Sessions and his deputy attorney general, Rod Rosenstein, who criticized Comey’s handling of an investigation into Hillary Clinton's emails in a memo calling for his dismissal.

“I cannot defend the Director’s handling of the conclusion of the investigation of Secretary Clinton’s emails, and I do not understand his refusal to accept the nearly universal judgment that he was mistaken,” Rosenstein said in the May 9 memo to Sessions. Trump had previously complimented Comey’s handling of the Clinton probe.

Comey testified on May 3 before the U.S. Senate regarding the FBI’s probe into Russian meddling into the 2016 U.S. election and possible ties to Trump’s campaign. He declined to publicly say whether Trump was a part of the probe.

In Trump’s letter to Comey on May 9, Trump said: “While I greatly appreciate you informing me, on three separate occasions, that I am not under investigation, I nevertheless concur with the judgment of the Department of Justice that you are not able to effectively lead the Bureau.”