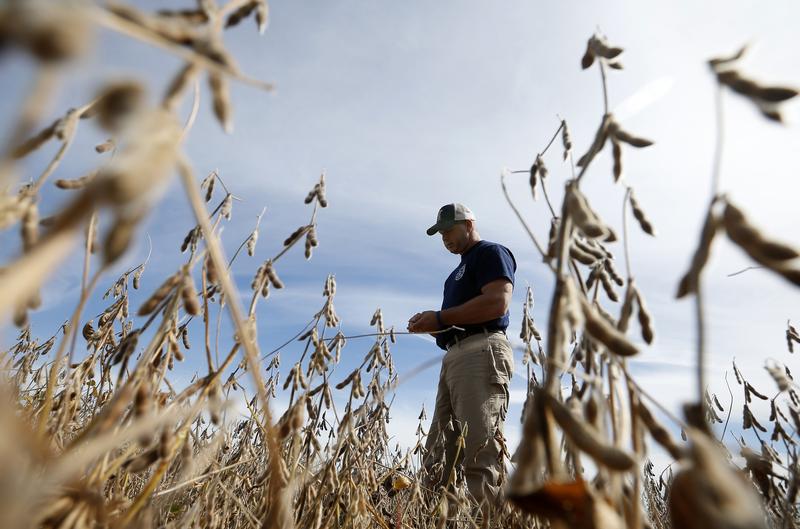 Midwestern producers will place a bet on talks between Washington and Beijing, when planting begins. Even with a deal, they face stockpiles and fewer soy-eating pigs in China, after an outbreak of disease. Worse, the spat has taught their top buyer it can live without U.S. supply.

Ryan Roberts walks through a soy bean field to check if it is ready for harvest in Minooka, Illinois, September 24, 2014. Spot basis bids for corn and soybeans were lower at processors and elevators amid slow farmers sales around the U.S. Midwest on Wednesday, dealers said.

U.S. President Donald Trump said on Feb. 19 that a March 1 deadline for trade negotiations with China is not a “magical” date. Without an extension, American tariffs on some $200 billion of imports from China are due to rise to 25 percent from 10 percent.

China’s soybean imports declined 13 percent in January from a year earlier, customs data released on Feb. 14 showed, due in part to tariffs on the oilseed from the United States. The country brought in 7.4 million tonnes of soybeans last month, compared to 8.5 million tonnes during the same month in 2018.

Beijing pledged to buy more U.S. soybeans after a trade truce on Dec. 1, booking about 5 million tonnes in the following weeks, according to Reuters.