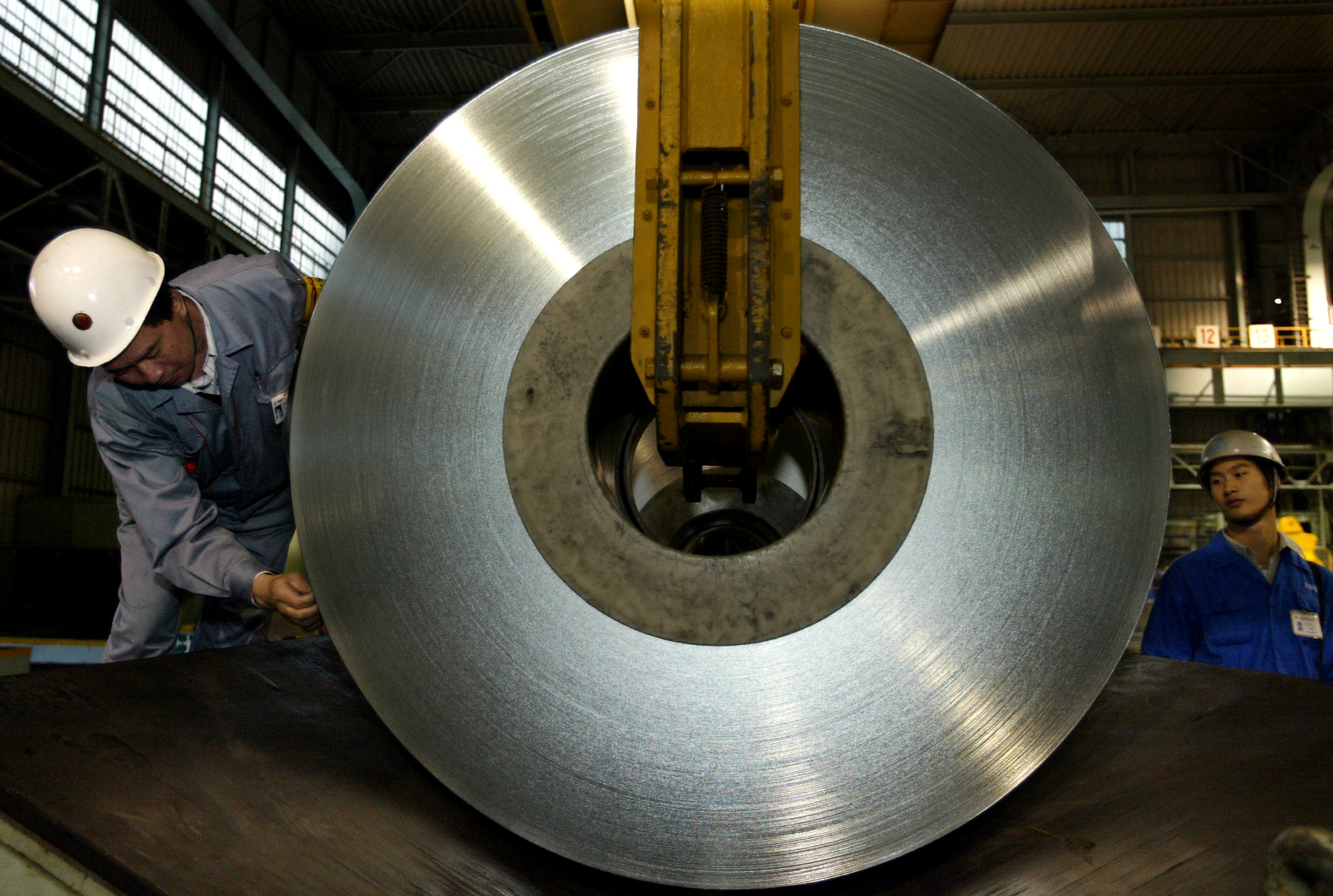 With overcapacity on the upcoming G20 agenda, the White House is mulling a 20 pct tariff on imports. That’d be risky for the auto and construction industries. A similar 2002 levy under President Bush led to 200,000 job losses. There are smarter ways to address market distortions.

Chinese workers unload a roll of tin plate at Baosteel plant on the outskirts of Shanghai November 20, 2003.

The U.S. Commerce Department has delayed a report due on June 30 about steel imports, Reuters reported on June 29, citing an unnamed administration official. If the review concludes there would be a threat to national security, President Donald Trump could impose broad tariffs.

Trump and some of his aides, including trade adviser Peter Navarro, favor a levy in the 20 percent range, Axios reported on June 30. Others are advocating for a more tailored approach targeting specific products or countries, such as China.

Overcapacity in the steel industry is on the agenda for the G20 meeting on July 7. Trump plans to demand action by the group of world leaders to reduce the excess capacity and other distortions in the market, White House economic adviser Gary Cohn said on June 29.