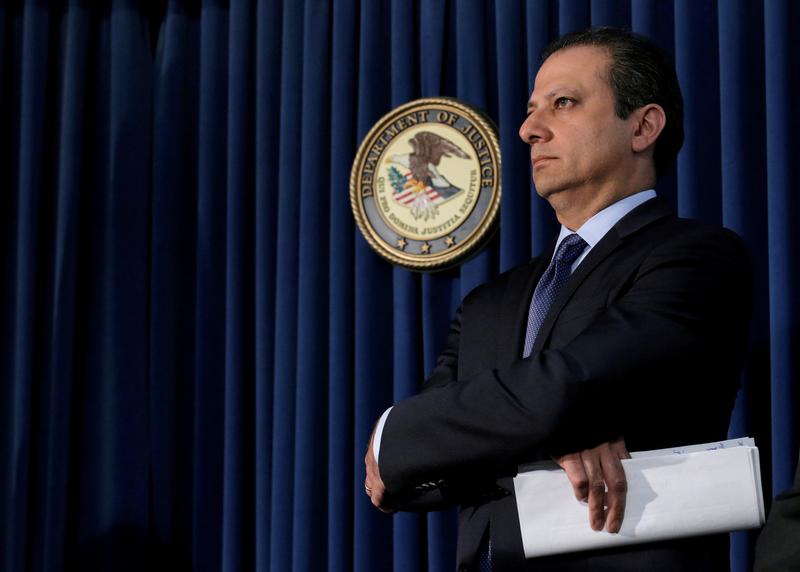 Trump ousted 46 DoJ attorneys on Friday, including Manhattan’s Preet Bharara, who prosecuted insider trading and other financial crimes. Combined with a bevy of Goldmanites in the White House, it’s a further sign the financial industry can expect a chill four years.

Preet Bharara, who was the U.S. Attorney for the Southern District of New York, tweeted on March 11 that he was fired by the Donald Trump administration. On March 10, the Justice Department asked all 46 remaining U.S. attorneys appointed by Barack Obama to resign.

It’s a customary move during change of administrations, but this request was made without any warning. “Today, I was fired from my position as U.S. Attorney for the Southern District of New York,” Bharara said in a statement. “Serving my country as U.S. Attorney here for the past seven years will forever be the greatest honor of my professional life.”

A White House official said: "The President reached out to Preet Bharara on Thursday to thank him for his service and to wish him good luck."

On Nov. 30, 2016, Bharara met with Trump and future Attorney General Jeff Sessions at Trump Tower in New York during the presidential transition. Afterward, Bharara said he was asked to stay on once Trump took office. A transition spokesman said at the time that Bharara "definitely earned the respect of the community with his fine service". The Justice Department said on March 10 that the request for resignations applied to all Senate-confirmed U.S. attorneys.