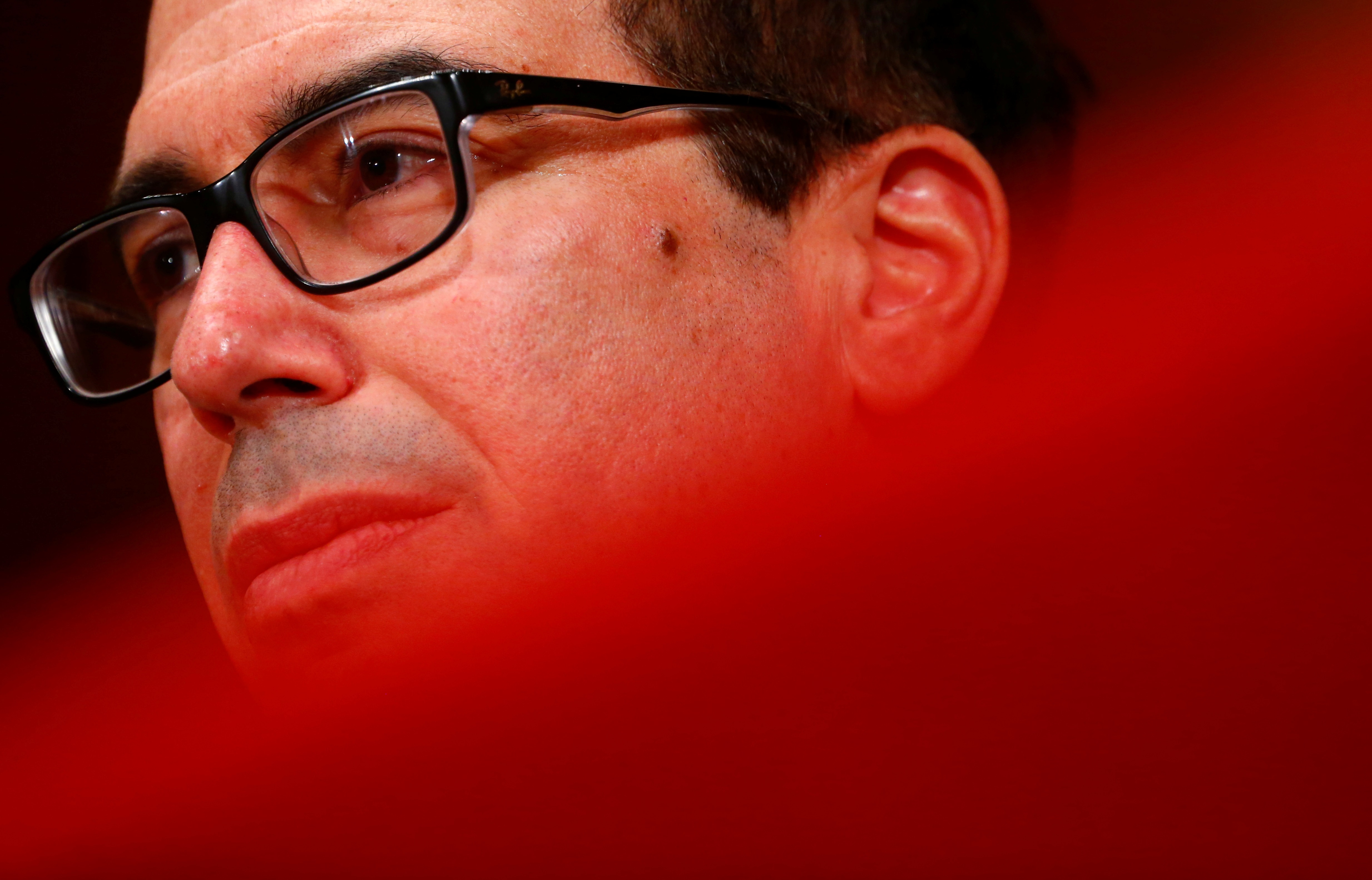 Republicans want to cut the corporate rate to 20 pct, but the timing is as uncertain as the outcome. Theoretically, profit – and thereby valuations – could get a 23 pct boost from lower taxes. Sellers want that priced in, but buyers won’t. All-stock deals could be one answer.

U.S Treasury Secretary Steven Mnuchin appears in front of the Senate Appropriations Subcommittee hearing on proposed budget estimates and justification for FY2018 for the Treasury Department on Capitol Hill in Washington, U.S. July 26, 2017.

U.S. Treasury Secretary Steven Mnuchin told Politico that the stock market’s big rise since the election of President Donald Trump is largely based on expectations of Congress passing a major tax-relief bill, and failure to do so could have significant consequences. Mnuchin made the remarks in a podcast published on Oct. 18.

“There is no question that the rally in the stock market has baked into it reasonably high expectations of us getting tax cuts and tax reform done,” Mnuchin said. “To the extent we get the tax deal done, the stock market will go up higher. But there’s no question in my mind that if we don’t get it done you’re going to see a reversal of a significant amount of these gains.”

Republicans in the U.S. Congress on Sept. 27 proposed reducing the headline corporate tax rate to 20 percent from 35 percent as part of a package of changes to the country’s tax regime. The timing, however, is uncertain, with the GOP leadership aiming for passage this year but others, including Senator Ted Cruz in an interview with CNBC, suggesting the effort could easily slip into 2018.