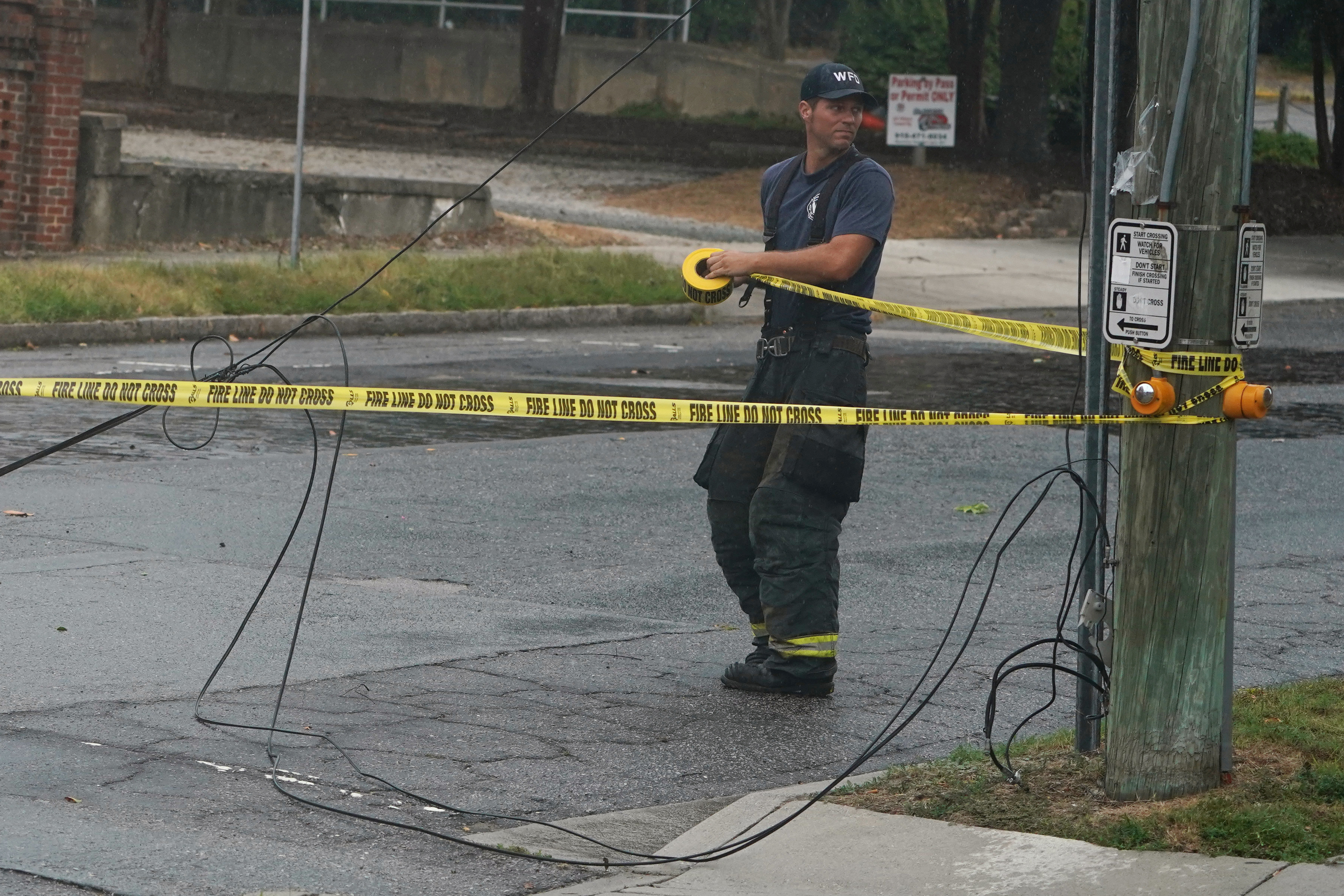 Carolina power companies grapple with hurricane damage while a Massachusetts gas firm is reeling from explosions. California’s push for green energy could hurt credit. Even after decades of rising investment, power companies will struggle to strengthen and modernize networks.

A firefighter tapes off a street due to a downed power line as Hurricane Florence comes ashore in Wilmington, North Carolina, U.S. September 13, 2018.

Over 500,000 customers were without power, mostly in North and South Carolina, three days after Hurricane Florence made landfall, Reuters reported on Sept. 17. Duke Energy, the largest utility in the area, said it could take a week or longer to fix outages. At the storm’s peak, roughly 1.8 million customers were without of power. The National Weather Service forecast continued river flooding for the region even as Florence, downgraded to a tropical depression, was moving northeast over West Virginia and Ohio.

On Sept. 13, natural gas leaks in Massachusetts believed to be caused by over-pressured power lines caused a series of explosions that killed one person and forced 8,000 people to evacuate homes and businesses. It was the largest natural gas pipeline accident in the United States since 2010. Gas provider Columbia Gas of Massachusetts, whose parent company is NiSource, had recently said it would be upgrading lines in the affected areas.

On Sept. 10, California Governor Jerry Brown signed a bill requiring the state’s electricity to be sourced with 100 percent carbon-free sources by 2045.