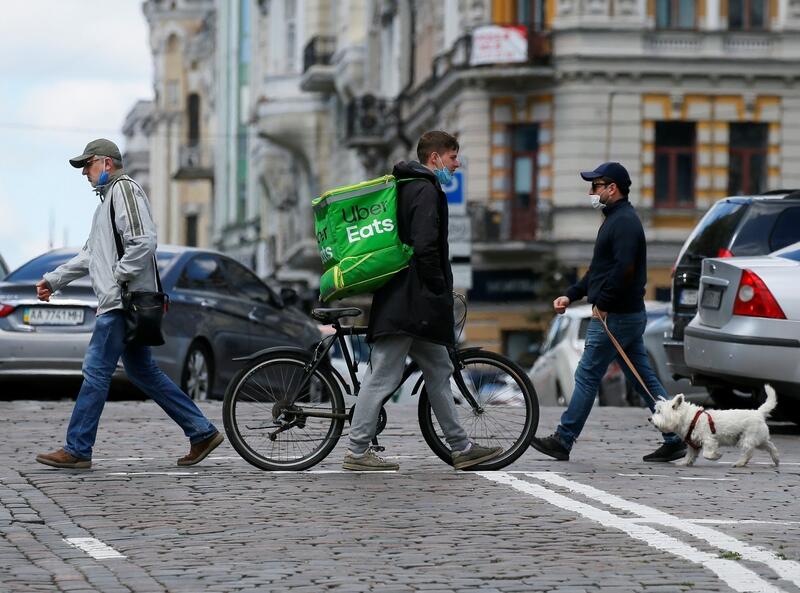 It’s normal that two companies discussing a deal would argue about valuation. But it’s odd that Uber Technologies and Grubhub seem so focused on the exchange ratio for a potential merger of their meal-delivery operations. The far more critical question is whether antitrust watchdogs would let it happen at any price.

An offer from Uber Chief Executive Dara Khosrowshahi to swap 1.9 shares in his ride-hailing company for each of the smaller company’s shares was rejected over the weekend, according to the Wall Street Journal. Grubhub boss Matt Maloney was last week looking for a ratio of 2.15.

The difference is barely more than 10%, for two companies whose stock prices have reached highs in the past year that were roughly 300% of their lows. It’s hard to see why Khosrowshahi cares whether Grubhub’s shareholders end up with 9% or 10% of the enlarged Uber’s outstanding shares.

Even at Maloney’s asking price, the valuation for Grubhub of just over $6 billion based on undisturbed stock prices includes a notional premium of under $2 billion, more than covered by today’s value of the expected $300 million of annual cost cuts cited by the Journal.

The real benefit, though, would be reining in competition. In March, Grubhub boasted a 28% share of U.S. meal delivery, according to Second Measure, and Uber Eats had 20%. Their larger rival, DoorDash, led with 42%. Maloney has blamed the collapse in profitability over recent quarters on battles for customers and restaurants. And for Uber, with more job cuts unveiled on Monday, losing less money is a priority.

It’s true that Grubhub once achieved as much as a 15% net margin while its stock also traded on eye-watering price-to-earnings ratios, sometimes in triple digits, according to Refinitiv and Datastream. Apply that best-ever return to the past 12 months’ sales, and Khosrowshahi’s offer is still worth 27 times those imaginary earnings – a 30% premium to the market overall.

The numbers, in short, should work for both parties. The real problem is antitrust. Senator Amy Klobuchar over the weekend became the latest lawmaker to criticize the possible merger. Big cities like New York, where the Uber Eats-Grubhub combo would be dominant, are separately worried about delivery charges harming restaurants, especially during Covid-19 lockdowns. The merger hangs on delivering competitive credibility, not financial tweaks.

An Uber Eats food delivery courier pushes a bicycle while crossing a street amid the outbreak of the coronavirus disease (COVID-19) in central Kiev, Ukraine May 13, 2020.

Grubhub has told Uber Technologies that its latest offer of 1.9 of its shares for each Grubhub share is too low, according to the Wall Street Journal on May 17, citing people familiar with the matter. Uber Chief Executive Dara Khosrowshahi said he might be able increase the offer to 1.925 shares, the Journal reported. Grubhub boss Matt Maloney was last week seeking 2.15 Uber shares per Grubhub share.

U.S. Senator Amy Klobuchar on May 17 blasted the merger talks, calling any deal bad for competition and consumers. Klobuchar is a senior member of the Senate's antitrust committee, which oversees competition enforcement. On Twitter, she called on antitrust watchdogs to act before Uber controls more than half the U.S. food delivery market.

Uber will cut about 3,000 jobs in addition to the 3,700 it had announced earlier this month, Khosrowshahi told employees in an email on May 18.