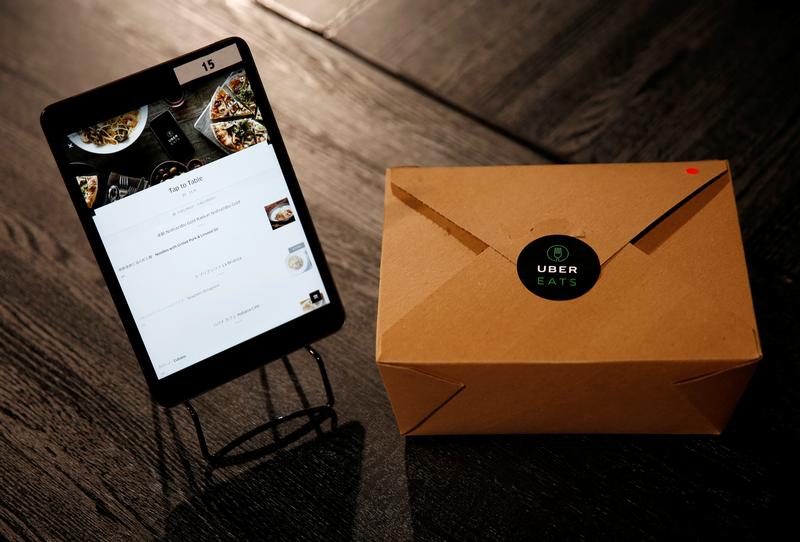 The ride-hailing giant hopes a $795 bln global takeout market can offset slowing growth in its core business. For now, generous incentives are gobbling profit. But the likes of Europe’s Takeaway.com suggest there are ingredients for success, starting with market dominance.

UberEats' application on a tablet and its food delivery box are pictured during the launching event of food-delivery service UberEats in Tokyo, Japan, September 28, 2016.

Ride-hailing company Uber Technologies is set to price its initial public offering on May 9, in a deal that would value the company at up to $90 billion, according to Reuters.

In the company's draft prospectus filed on April 26, Uber said its meal delivery service, Uber Eats, has more than 220,000 restaurants on its books, across 500 cities globally as of the end of 2018.

The total value of meals delivered through Uber Eats topped $2.6 billion for the quarter ending December 31, making it the largest takeaway service in the world outside of China, the company says.

In February, India's Economic Times reported that Uber was in talks to swap its food delivery business in the country for a stake in local rival Swiggy, citing people familiar with the matter. The newspaper added that Uber would take a 10 percent slice of the Bengaluru-based company, last valued at $3.3 billion. The company has not commented on the report.