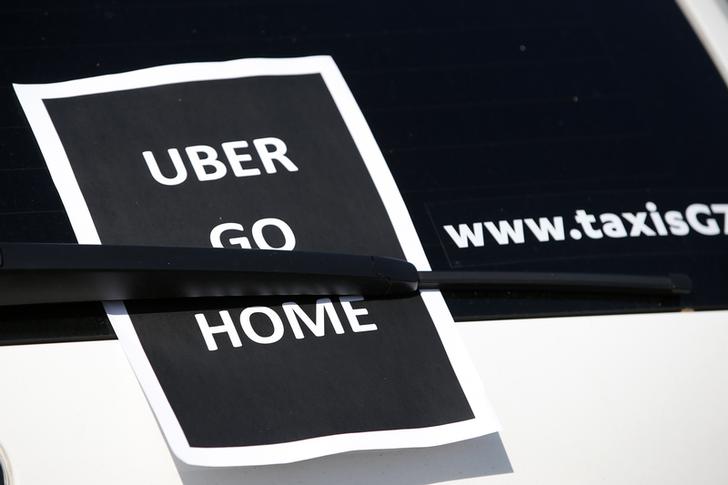 The upstart taxi app has suspended its service in France after a fortnight in which it was the target of violence. Two executives were also detained. Uber’s truculent approach has driven growth. But agents of renewal sometimes have to work with the status quo to change it.

A leaflet which reads "Uber go home" is seen on a taxi as striking French taxi drivers block the traffic on the Paris ring road during a national protest against car-sharing service Uber, in Paris, France, June 25, 2015.

Uber Technologies said on July 3 that it would suspend its UberPOP ride-hailing service in France after it faced violent protests and two of its executives were told they had to stand trial at the end of September.

”We have decided to suspend UberPOP in France from 2000 (1800 GMT) this Friday evening, primarily to assure the safety of Uber drivers,” the newspaper Le Monde quoted Uber France head Thibaud Simphal as saying, adding some drivers had been targets of violence.

“The second reason is that we want to create a spirit of reconciliation and dialogue with public authorities to show we are acting responsibly,” he said.