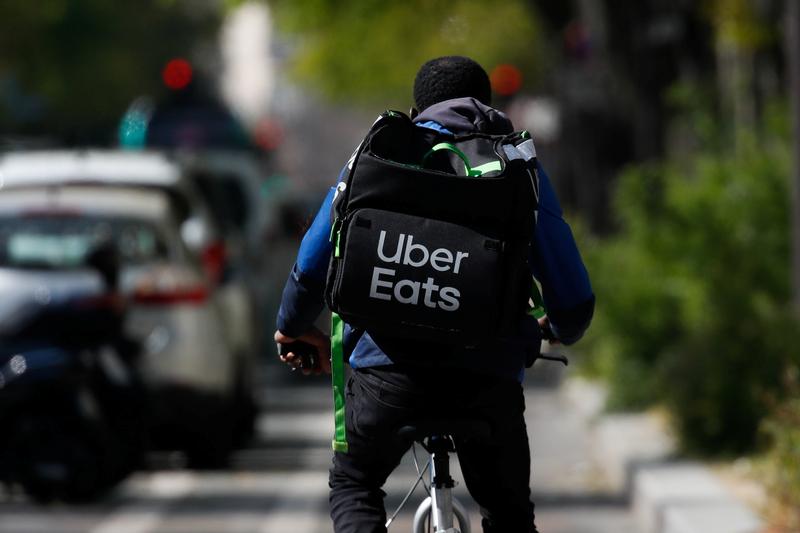 Uber Technologies needs to eat less than it can roadkill. While food-delivery growth backstopped a drop in the $99 billion firm’s rides revenue, its taxi-like service for people has made money through the pandemic while Eats has been losing it. The only path to profits is pivoting back to the rides business.

Uber is slowly recovering from the pandemic. On Wednesday, the firm said revenue in the division that carts people around fell by 65% year-over-year, including the $600 million cost of a UK settlement to reclassify drivers as workers. Excluding it, rides sales fell by 41% and the unit had an adjusted EBITDA of almost $300 million. Food-delivery revenue more than tripled but that unit booked a loss of $200 million.

Food delivery has been a profit drag, mostly because it is more competitive. In rides, Uber has nearly 70% market share in the United States compared with smaller rival Lyft, according to Second Measure. Eats is the No. 2 player in the country, followed closely by Grubhub. But DoorDash overshadows both with about 55% market share. There are also more entities getting paid in food-delivery transactions: Restaurants may pay Uber to use its drivers or its platform, but those fees vary. Meanwhile, Uber pays perks to drivers and kickbacks to restaurants, especially in the most heated markets.

Add it up, and Uber on average loses money on every Eats order. Uber also has the disadvantage of competing with itself for drivers. Typically drivers for humans are also delivering food. The company will dole out an additional $250 million this year in incentives due to shortages and may be forced to kick in more.

That’s why Lyft, which is largely a ride-hailing business, has better prospects than Uber. On Tuesday, the $19 billion company said it expected adjusted EBITDA to be positive in the third quarter despite a 36% drop in first-quarter revenue. Meantime Uber has estimated it will be profitable overall in the fourth quarter, no thanks to the Eats business.

As the recovery continues, Eats growth may also slow as people feel comfortable going to restaurants again while rides for both Lyft and Uber will come back. With their more favorable trends, Uber’s core taxi business is the safest vehicle to profitability.

Uber Technologies on May 5 reported first-quarter revenue of $2.9 billion, an 11% decrease from a year ago. Analysts expected revenue of $3.3 billion, according to Refinitiv.

A deliveryman for Uber Eats rides a bike in Paris during a lockdown imposed to slow the spread of the coronavirus disease (COVID-19) in France, France, April, 1, 2020.

Uber Technologies on May 5 reported first-quarter revenue of $2.9 billion, an 11% decrease from a year ago. Analysts expected revenue of $3.3 billion, according to Refinitiv.