Driving on the edge 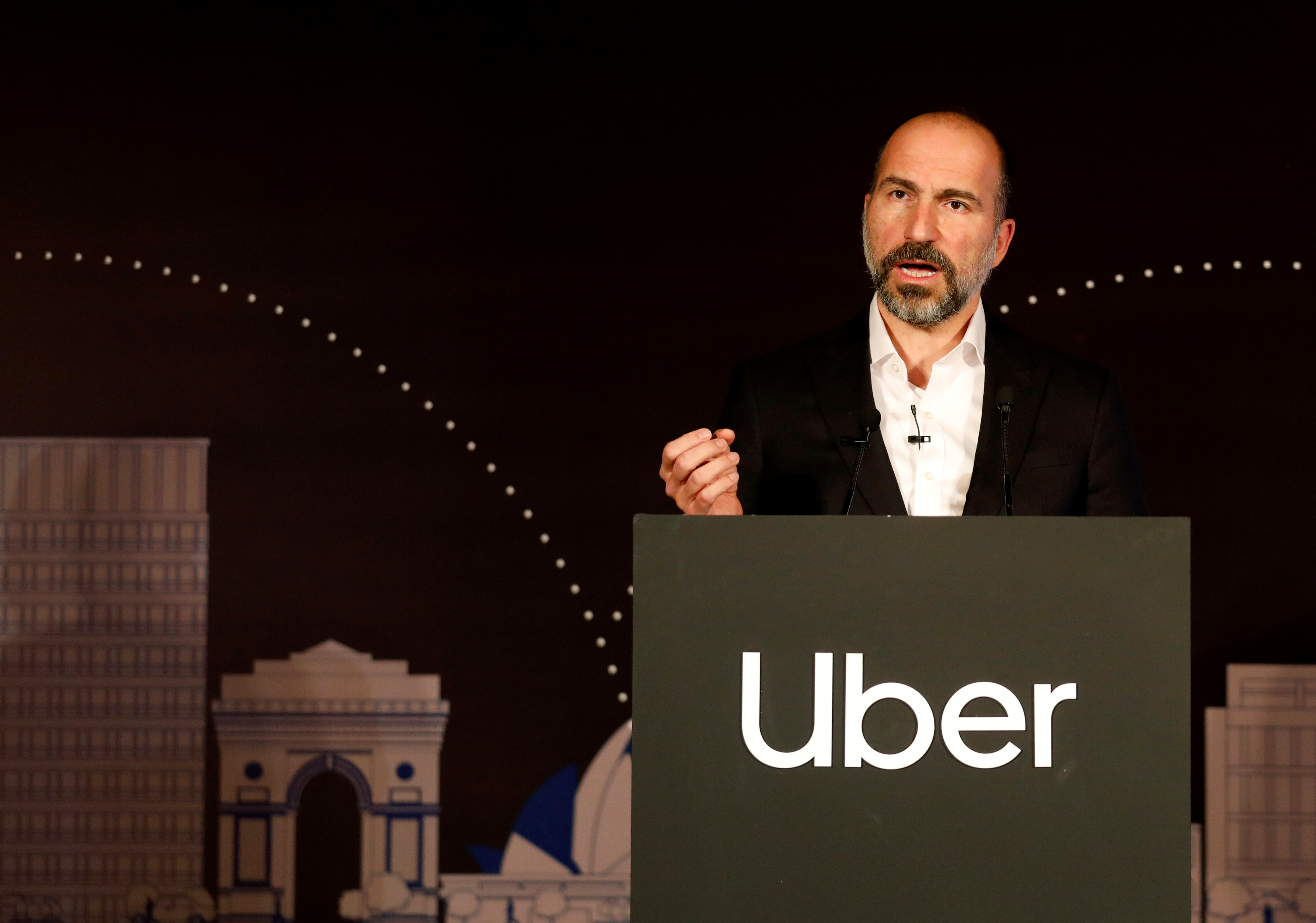 Dara Khosrowshahi steadied the troubled firm and took it public in May. But its future depends on rivals. Car-hailing margins improved partly because Lyft cut marketing, while in faster-growing U.S. food delivery, competition is cutthroat. Keeping up will test his even keel.

Uber CEO Dara Khosrowshahi speaks to the media at an event in New Delhi, India, October 22, 2019.

Uber Technologies Chief Executive Dara Khosrowshahi said on Nov. 6 that public market investors who have less appetite for risk than venture capitalists are making the ride-hailing firm perform better. He made his comments at the New York Times DealBook conference.

Uber priced its initial public offering at $45 a share in May. On Nov. 6, the six-month block on the sale of shares other than those sold in the offering ended. At the market close on Nov. 11, the company’s stock was down about 40% since the IPO at $27.13.