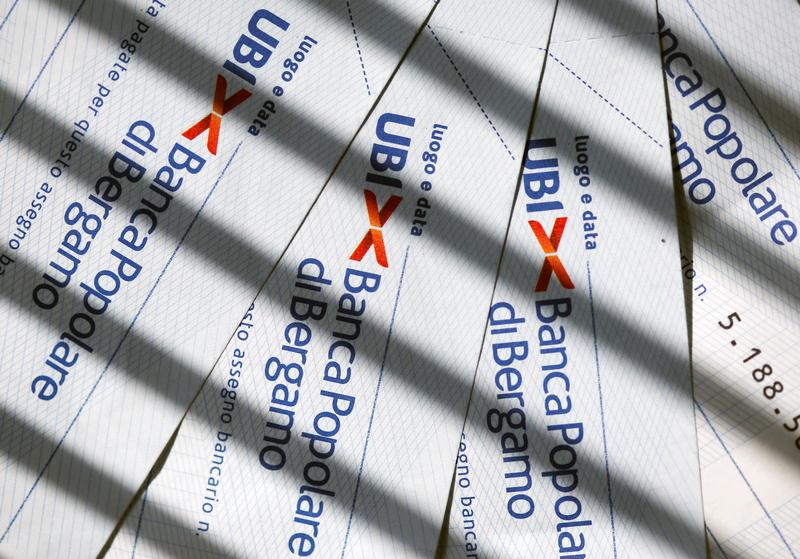 The Italian bank is exploring alternatives to its larger rival’s $5.3 billion hostile takeover bid. A tie-up with state-owned lender Monte dei Paschi would be complex and costly. Other escape routes look equally unattractive. And Intesa has some room to woo reluctant investors.

Pages of a cheque book of Ubi Banca Popolare di Bergamo are seen in this picture illustration February 11, 2016.

UBI aims to become an acquirer of weaker rivals, rather than a target, and has hired Credit Suisse to outline its defence strategy, the sources said. Another option is a deal between UBI and mid-sized Italian lender Banco BPM, Reuters also reported.

A group of UBI investors, who together hold about 18% of the lender’s share capital, said on Feb. 20 that Intesa’s offer was unacceptable.