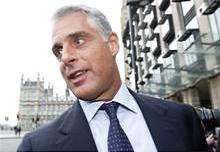 The Swiss bank has moved on from Libor woes, slashed risk and is buying back debt. It’s now in the vanguard on capital. True, the investment banking unit’s 60 pct payout ratio needs a chop, and a new bond-based bonus plan confuses matters. But the repair job is on track.