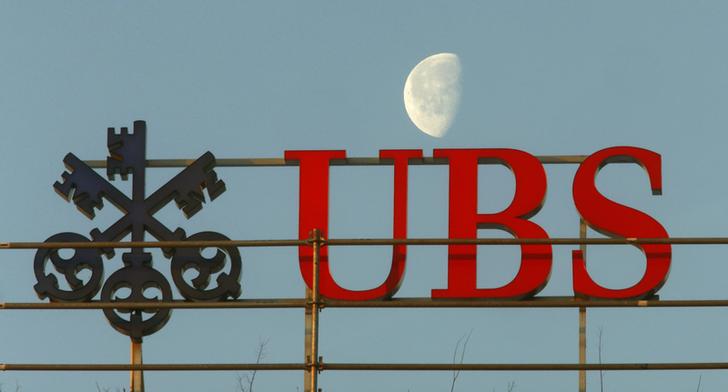 The Swiss bank tripled its dividend, including a special payout, to 0.75 francs a share. But the Swiss franc rise and negative rates will curb profit, while looming regulation and lawsuits are big headaches. This could make UBS’s capital surplus look slimmer in future.

The waning moon is seen behind a logo of Swiss bank UBS in Zurich February 10, 2015.

Shares in UBS fell as much as 4 percent on Feb. 10, as the Zurich-based bank warned that the rise in the Swiss franc and negative interest rates in the euro zone could hit future profitability.

UBS said in a statement that if those market conditions persisted they could imperil its “targeted performance levels.” That is in spite of the Swiss bank revising down a host of its annual performance targets. It is now aiming for a 10 percent or more group return on tangible equity, which excludes goodwill and intangible assets, down from a previous goal of at least a 15 percent return on equity.

Shareholders are due to receive 0.75 Swiss francs per share in dividends, three times the previous year’s figure. The total amount includes a 0.25 franc per share special payout relating to UBS’s setting up of a new group holding company structure.

The Swiss bank’s common equity Tier 1 ratio on a fully applied Basel III basis stood at 13.4 percent at the end of December.