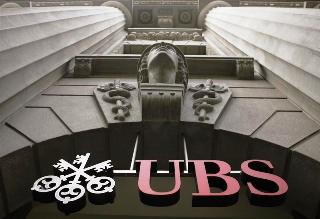 The former Bundesbank chief is not due to take over as chairman until 2013. But the rogue trading loss and departure of chief executive Ossie Gruebel has left the Swiss bank reeling. Provided his former employer agrees, UBS should put Axel Weber in charge as soon as possible.

Former Bundesbank chief Axel Weber has informally sounded out the German central bank about joining the board of UBS earlier than previously planned, Reuters reported on Sept. 26.
The request follows the resignation of Oswald Gruebel as chief executive of the Swiss lender after accepting personal responsibility for a $2.3 billion rogue trading loss, UBS announced on Sept. 24.
Sergio Ermotti, the former UniCredit executive who is currently chairman and CEO of UBS in Europe, the Middle East and Africa, took over as CEO on an interim basis.
On July 1, UBS said Weber would be nominated to join the board of UBS at the annual meeting in May 2012 and would be appointed chairman in 2013. He would replace Kaspar Villiger, the former Swiss finance minister.
Weber requested permission for the appointment from the board of Bundesbank, which was granted at the central bank’s July 12 meeting.

The Bundesbank said on Sept. 26 that Weber had not requested permission to assume the chairmanship earlier than 2013, and that the question had not been formally considered.

Villiger told a press call on Sept. 24 that the plan under which Weber would spend a year as vice chairman during which he could learn about the bank before becoming chairman was a good one.