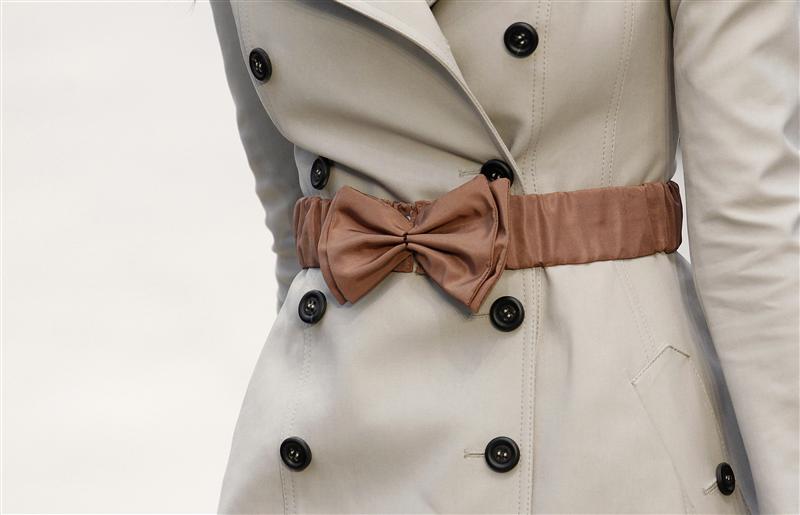 The British trench-coat maker’s shares dropped 20 pct after it warned on sales and profit. That reaction is harsh, but may be fair. The pressure is on worldwide, not just in China. And Burberry had enjoyed a premium valuation that now looks harder to defend.

Burberry, Britain’s largest luxury goods company, has said that retail sales growth had slowed in recent weeks and it now expected full-year pre-tax profit to be “around the lower end of market expectations”. Chief Executive Angela Ahrendts said the company was “tightly managing discretionary costs and taking appropriate actions to protect short term profitability”.
The lowered guidance, issued on Sept. 11, corresponds to a pre-tax profit of about 407 million pounds, according to analysts including Seymour Pierce, versus a previous consensus forecast of 432 million pounds. Burberry’s financial year ends on March 31.
At constant exchange rates, Burberry said total sales grew 6 percent in the ten weeks to Sept. 8. However, existing stores showed no growth, “with a deceleration in recent weeks”.
Burberry shares fell 20.1 percent by 1454 GMT to 1,099 pence, putting the stock on course for its worst one-day fall in the ten years since the company went public. Shares in other European luxury goods companies, including Hugo Boss, LVMH, Mulberry and Tod’s, also fell.