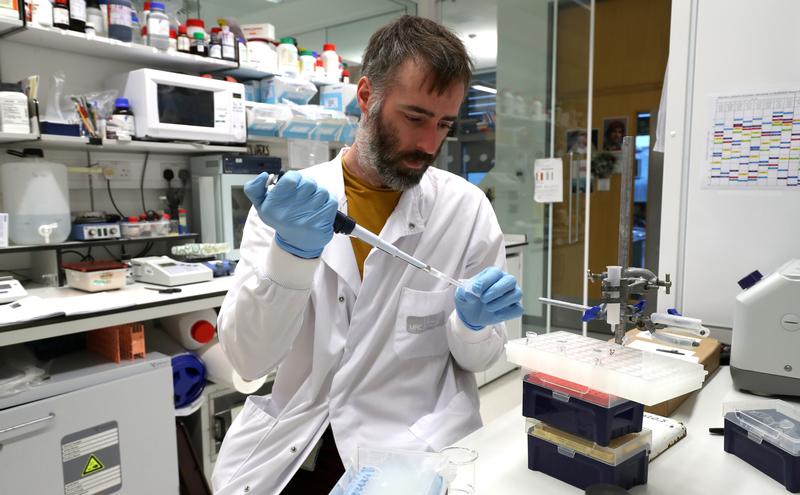 Cinven, Astorg and Abu Dhabi’s wealth fund are taking a drug-testing group off KKR’s hands. The buyer knows the sector and has a clear M&A-driven plan, but the price is high. With tons of buyout cash and weak IPO markets, such eyebrow-raising “pass the parcel” deals will boom.

An investigator scientist works in the lab at MRC Laboratory of Molecular Biology in Cambridge, Britain January 2, 2018.

Private equity groups Cinven and Astorg, as well as the Abu Dhabi Investment Authority, on Nov. 21 said they would buy scientific-measurement company LGC. The value including debt for the UK-based group was about 3 billion pounds, the Financial Times reported. The trio won an auction, beating Blackstone, Carlyle, Advent International and EQT.

Bloomberg reported in August that KKR was weighing a sale of the company which could fetch more than 1 billion pounds. Reuters reported in October that the bidders had been narrowed down to include the Cinven consortium, Blackstone, U.S. group Leonard Green, and Advent, and that the sale was expected to fetch 2 billion pounds to 2.5 billion pounds.