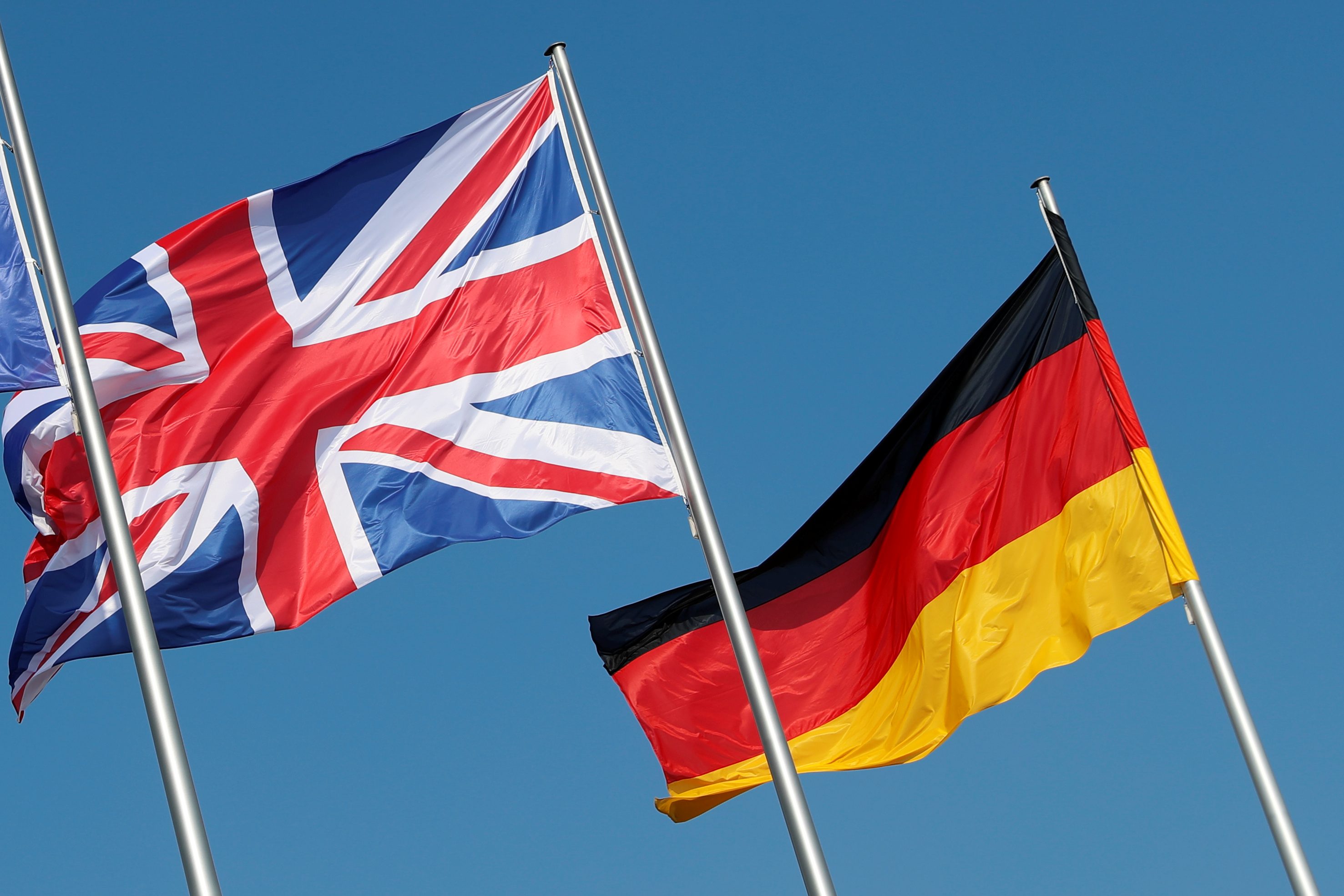 Britain’s GDP shrank in the second quarter. Germany may well report the same within the week. Brexit is largely to blame for the former and trade tensions for the latter. In both cases, budget stimulus would merely mitigate the economic slowdown without fixing its root causes.

British and German flags flutter in front of the chancellery in Berlin, Germany, April 9, 2019.

UK gross domestic product fell 0.2% in the three months to June compared with the previous three months, the Office for National Statistics said on Aug. 9. It was the first quarterly economic contraction since 2012.

The UK economy grew 1.2% from a year earlier, compared with the 1.8% annual growth rate reported for the first quarter.

German second-quarter GDP data will be released on Aug. 14.