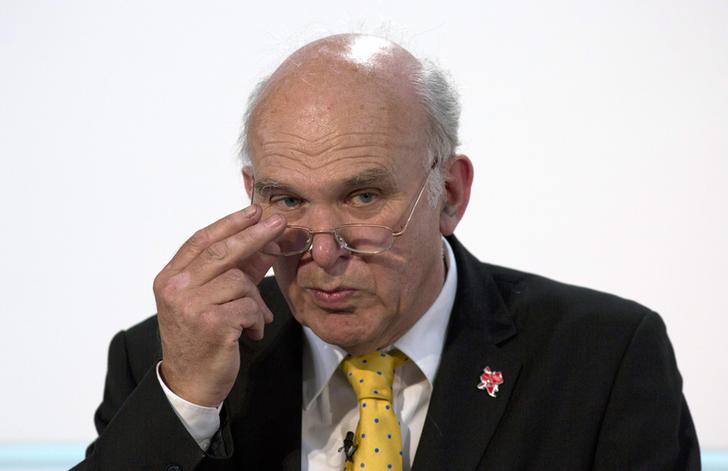 The main problem with UK bank regulation is inconsistency, not zealotry. Business Secretary Vince Cable, long the scourge of UK lenders, is now claiming that the demands of “capital Taliban” at the Bank of England are stopping banks from lending. But the real issue is regulators who don’t practice what they preach.

The BoE mullahs, long led by ex-governor Mervyn King, would say of course that Cable is wrong. In theory, holding more capital is supposed to cut the banks’ funding costs by making them safer, and it shouldn’t discourage lending because of a negative impact on earnings. In practice, the ongoing implied state subsidy on banks’ debt probably does make it cheaper than equity

If BoE regulators really were fundamentalists, as Cable attests, they would force lenders to double or triple their capital ratios regardless. They would deal with any moaning by pointing out that thin capital buffers protect bank bonuses and dividends, but not taxpayers.

As it is, BoE officials look like amateur jihadists. If they weren’t, a 50 billion pound-plus capital hole in bank balance sheets flagged in November by the BoE’s new Financial Policy Committee wouldn’t have mysteriously shrunk to the point that banks now barely need to raise any new equity. And Nationwide wouldn’t have been given over two years to reach a 3 percent leverage ratio.

The reason for the mixed messages is partly because the UK government is both taxpayer and shareholder: it wants to sell its stakes in Royal Bank of Scotland and Lloyds Banking Group soon, and fears that regulators’ demands destroy value. The BoE may also be less certain of its theory than it lets on. Its Funding for Lending scheme spurs new loans by allowing net increases in credit to be zero risk-weighted. If capital really didn’t hit lending, that couldn’t possibly be an incentive.

It’s good for governments and regulators to engage in a healthy debate. But the FPC’s new remit encourages regulators to burnish their bank-bashing credentials with public displays of toughness, without ultimately making the banks safer. The price of this regulatory air guitar is more volatile bank share prices.

A “capital Taliban” in the Bank of England is imposing restrictions which are making it more difficult for banks to operate and expand, UK Business Secretary Vince Cable told the Financial Times on July 24.
Cable said that excessive burdens on the banks were a worry at what he described as a delicate stage of recovery.

A “capital Taliban” in the Bank of England is imposing restrictions which are making it more difficult for banks to operate and expand, UK Business Secretary Vince Cable told the Financial Times on July 24.
Cable said that excessive burdens on the banks were a worry at what he described as a delicate stage of recovery.