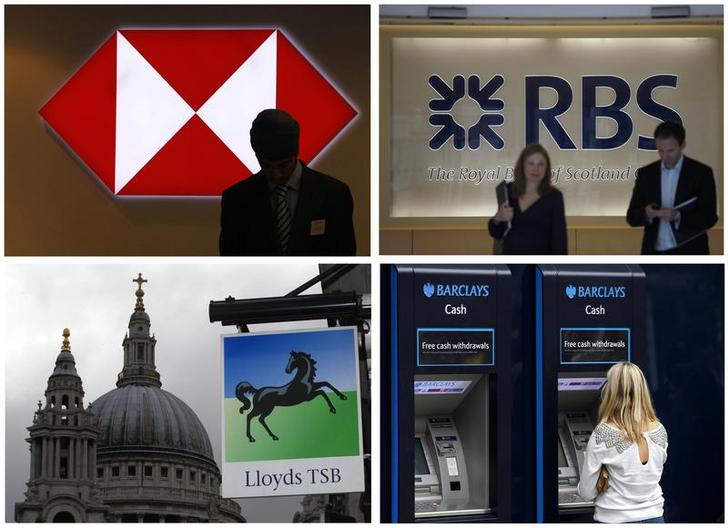 The latest competition review of UK banking should aim to be the last. An antitrust probe in 2000 led to limited price controls after concluding that British lenders made excess profit. There were two more big investigations after the financial crisis. Yet concerns about market inefficiencies persist. That suggests the Competition and Markets Authority should do something radical this time.

The CMA says it is minded to conduct a comprehensive investigation of UK banking later this year. The industry is at least as oligopolistic as it was 14 years ago. Barclays, HSBC, Lloyds Banking Group and Royal Bank of Scotland have 77 percent of personal accounts and 85 percent of small-business banking.

So-called challenger banks have emerged from disposals by Lloyds and RBS as mandated by the European Commission. But the market has become more concentrated, especially in mortgages, after Lloyds swallowed Halifax and Bank of Scotland and several former building societies collapsed. Customer dissatisfaction is high. Yet just 4 percent of SME customers and 3 percent of personal customers switch accounts annually. The banks say things are already changing for the better. Twas ever thus.

Having more players, each with roughly equal market power, would be a better market structure. But how to get there? The CMA can force divestments – it broke up airports group BAA. Selling Gatwick is one thing; dismantling a big bank is another. The recent carve-outs have shown the difficulty of such moves, as Sanford Bernstein notes.

The obvious remedy would be to promote transparency. Personal banking is generally provided on a fee-free basis. Banks have traditionally recouped the cost elsewhere, in particular overdraft fees and cross-selling (or mis-selling) products like insurance. As a result, customers cannot make informed choices as they do not know the price of what they are buying.

Forcing banks to charge the economic cost of their services would kill free banking and cause a stink. But it would enable genuine price comparison and informed switching. The CMA, being independent, is the only body that could realistically make it happen. If it did, investors could expect profits to fall. But consumers could expect competition and standards to rise.

Britain’s big banks could be broken up after the country’s new competition watchdog set out plans for an 18-month investigation into services for small-business customers and personal accounts because of a lack of competition.

The Competition and Markets Authority said it was considering launching a full investigation after preliminary research found evidence that competition was not working as well as it could.

The move was widely expected. Shares in Royal Bank of Scotland were down 1.3 percent at 319.7 pence in lunchtime trading in London. Barclays, HSBC and Lloyds Banking Group were down less than 1 percent.