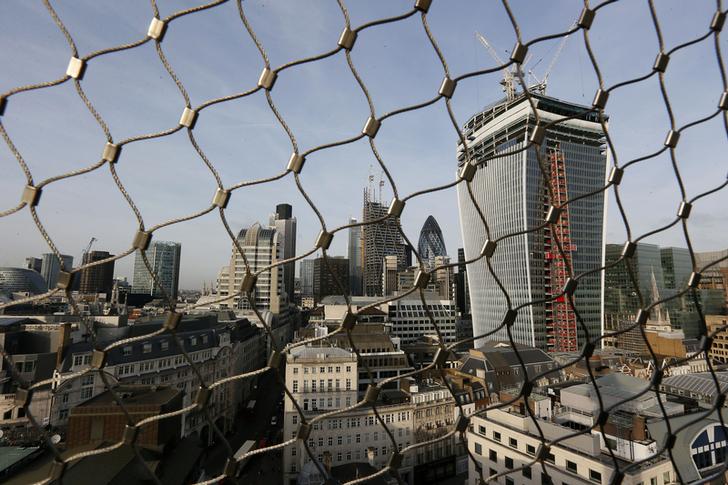 Britain has built a relatively high fence around its retail banks. The Bank of England on Oct. 15 said lenders that undertake both deposit-gathering and investment banking would no longer be able to enjoy funding and capital benefits from doing both under one roof. It adds to the challenges facing universal banks like Barclays.

Ever since the Vickers Commission decided in 2011 that structural separation of retail and investment banking was a good idea, a key issue has been how permeable the wall should be. European rules stipulate that lenders’ exposure to other lenders cannot exceed 25 percent of their core Tier 1 capital. Had the BoE’s Prudential Regulation Authority wanted to let banks benefit from synergies across their businesses, it could have waived this requirement, or softened it by allowing excess funding to pass over the fence without capital penalties. It has decided not to.

This doesn’t mean a bank with a big investment arm like Barclays will instantly split up. The ring-fenced and non-ring-fenced bits can still send dividends to a holding company above them both, and they can share fee income. And the combined sector costs of separately capitalising the ring-fenced bank should only be 3.3 billion pounds, the BoE reckons.

But there are other costs. Take the as-yet-undisclosed charge ring-fenced banks may still face for being systemically important. And the BoE also expects lenders to face a hit from re-jigging their administrative functions to keep them working in crisis situations. HSBC could face a one-off cost of 1 billion pounds, with an extra 600 million pounds of maintenance expense annually; for Barclays, it could be a one-off 725 million pounds with a recurring charge of 435 million pounds, the BoE estimates.

There could be also a competitive threat. In retail banking, the big institutions may be able to pass these costs onto customers. But with challenger banks encroaching on their turf, the assumption must be that this will eat into market share. So too with investment banking, given the ring-fenced entities account for about 42 percent of debt underwriting for midmarket corporates, according to the BoE’s estimates.

The sanguine reaction of UK bank share prices suggests the hit from ring-fencing has been already priced in. But it will increase the pressure on Barclays’ bosses in particular to show why UK universal banking makes sense – if it does.

Six UK banks may together face total additional capital requirements of up to 3.3 billion pounds to ring-fence their retail operations, the Bank of England said on Oct. 15.

In a consultation paper, the BoE said that banks would have to treat their operations, such as investment banking or other wholesale activities, as they would third-party services. That would restrict the exposure of a ring-fenced retail bank to any subsidiary to a maximum of 25 percent of total capital. They will, however, be allowed to share fee income within the group.

The ring-fenced banks will also have separate capital requirements, including a separate systemic risk buffer. That additional cushion will only be set in 2016. Final rules will be published next year, the BoE said. Banks have to apply them at the start of 2019.

The BoE also published a consultation paper on requirements for banks to maintain access to shared operational services in the event of being wound down. The BoE said this could represent a one-off implementation cost of 5 percent of a bank’s annual costs as well as an annual ongoing cost of 3 percent of total expenses.