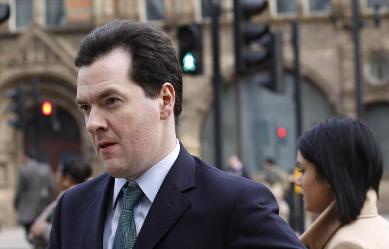 The compromise between the UK government and public-sector workers over pensions looks like an important breakthrough. The unions have given most ground. The government will save billions of pounds on retirement benefits over coming decades. An ugly repeat of the clashes and strikes of the Thatcher years now looks unlikely. But if David Cameron is emerging as a consensual politician, it is with a very hard edge.

Prior to the Dec. 20 agreement, the government’s “final offer” was that the so-called accrual rate – the annual pace at which a pension accumulates – would be no better than 1/60th of salary. Workers were unhappy. One strike had taken place and more were coming. That would have been a nightmare for a government embattled by an economy that is probably already back in recession.

The unions have given up more than the government by agreeing in principle to lower accrual rates and to reference retirement benefits to workers’ average career earnings rather than their final salary. Public workers know they will still get better deals than in the private sector.

The deal should be seen against the broader backdrop. The government is cutting the public sector hard. In the second quarter, 126,000 public sector jobs disappeared, and a further 67,000 in the third. State employment, at 6 million, is at its lowest since 2003.

Cameron is making the UK’s public sector and its pensions smaller and more affordable. Over time that will help get the fiscal deficit down. Near term it is unquestionably putting unemployment up. An unhappy country could well do without the social division, strikes and confrontation of the 1980s and 1990s. The current administration’s achievement in cutting while avoiding that is to its credit.

Britain's Chancellor of the Exchequer George Osborne walks along Whitehall after speaking in Parliament in London February 9, 2011. Britain finalised a tortuous deal with banks on Wednesday to curb bonuses and boost lending to business, but critics said the agreement would be hard to enforce describing it as "political theatre".

The UK government said on Dec. 20 that it had reached headline agreements with trades unions on public-service pension reforms.
The agreements attained its key objectives of linking the normal pension age for public-sector employees to the state pension age and moving to career-average earnings rather than final-salary schemes.
Danny Alexander, the Chief Secretary to the Treasury, said that the agreements “will save the taxpayer tens of billions of pounds over the next few decades and significantly improve the long-term fiscal sustainability of this country.”