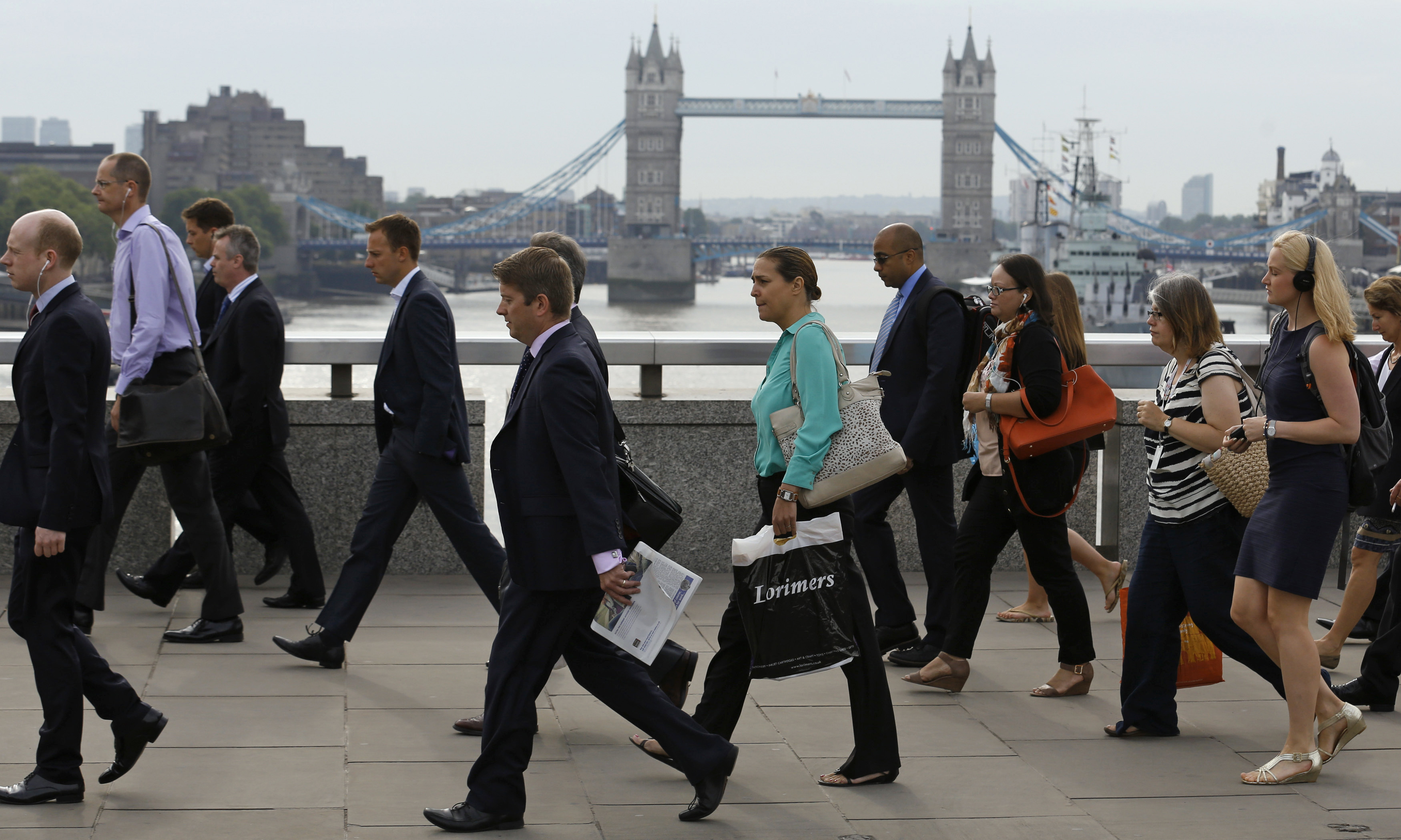 The UK economy is in a pre-Brexit sweet spot, enjoying some of the benefits of leaving the European Union even before it quits, without enduring many of the drawbacks. Britain’s services sector, which accounts for the lion’s share of GDP, has rebounded from the sharp slump seen immediately after the June vote to leave the EU. Even if a recession is averted, problems are being stored up for the future.

The Markit/CIPS UK Services Purchasing Managers’ Index for August posted its biggest one-month gain in the survey’s 20-year history on Sept. 5. A similarly sharp rebound in manufacturing activity was reported the previous week. But for all the cheer, the survey compilers said the economy would probably grow by just 0.1 percent in the third quarter – a sharp deceleration from second-quarter growth of 0.6 percent.

A weaker currency is helping. A trade-weighted measure of sterling’s value fell as much as 12.5 percent after the referendum, making UK exporters more competitive, encouraging Britons to holiday at home, and attracting more foreign tourists.

But the depreciation also boosts the sterling price of imports. Facing higher input price inflation, service providers raised their prices at the sharpest rate since January 2014. It was a similar story for manufacturers, whose input costs rose at their fastest pace in five years. A pick-up in inflation will erode consumers’ purchasing power if wages don’t keep up.

And there’s the rub. The latest rebound in manufacturing and services activity is no guarantee that firms will hire or give workers hefty pay rises. Larger manufacturing companies actually cut some jobs in August despite the surge in exports, IHS Markit said last week. Nor are businesses in any rush to invest. A gauge of manufacturers’ investment plans for the next 12 months fell in August to its lowest since late 2009, a separate survey showed on Sept. 5.

This will be a drag on economic activity. And if UK access to the EU market in goods and services is thrown into any serious doubt, the current economic sweet spot will prove fleeting.

Commuters walk across London Bridge to the City of London August 7, 2013. The Bank of England broke with tradition on Wednesday, saying it planned to keep interest rates at a record low until unemployment falls to 7 percent or below, which it views as unlikely for another three years. REUTERS/Luke MacGregor (BRITAIN - Tags: BUSINESS EMPLOYMENT) - RTX12CS8

The Markit/CIPS Purchasing Managers' Index (PMI) for the services sector jumped to 52.9 in August from July's seven-year low of 47.4, data showed on Sept. 5. This was the biggest one-month gain in the survey's 20-year history and one that beat all forecasts in a Reuters poll.

Survey compilers IHS Markit said economic growth in the third quarter overall was likely to be just 0.1 percent, given the weakness in July.

British manufacturers reined in their investment plans after the Brexit vote in June, industry association the EEF and accountancy firm BDO said on Sept. 5. The EEF's gauge of investment plans for the next 12 months slipped a point to -10, its lowest since late 2009.

The Markit/CIPS UK Manufacturing Purchasing Managers' Index rose to a 10-month high of 53.3 in August, a report showed on Sept. 1. The bigger-than-expected increase came after the index tumbled to a three-year low of 48.3 in July in the immediate aftermath of Britain's European Union referendum.

The Markit/CIPS UK Construction Purchasing Managers' Index rose to 49.2 in August from 45.9 in July, remaining below the 50 mark dividing growth and contraction, a report showed on Sept. 2.