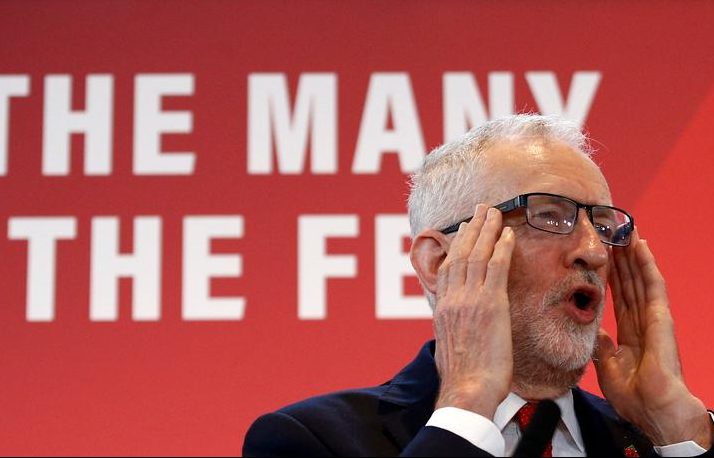 Labour leader Jeremy Corbyn on Oct. 31 launched a scathing personal attack on members of what he branded the “elite” as he kicked off the UK opposition party’s election campaign.

Corbyn pledged in a speech to take on “dodgy landlords”, “bad bosses” and “big polluters”. He singled out the Duke of Westminster; Mike Ashley, majority-owner of Sports Direct; and Jim Ratcliffe, founder of chemicals group Ineos. He also criticised “greedy bankers” like hedge fund manager Crispin Odey, whom he accused of betting against the UK economy, and media tycoon Rupert Murdoch, “whose empire pumps out propaganda to support a rigged system.”

The UK will hold a parliamentary election on Dec. 12. Corbyn’s left-wing Labour party currently trails the Conservatives led by Prime Minister Boris Johnson by around 10 percentage points, according to recent polls.