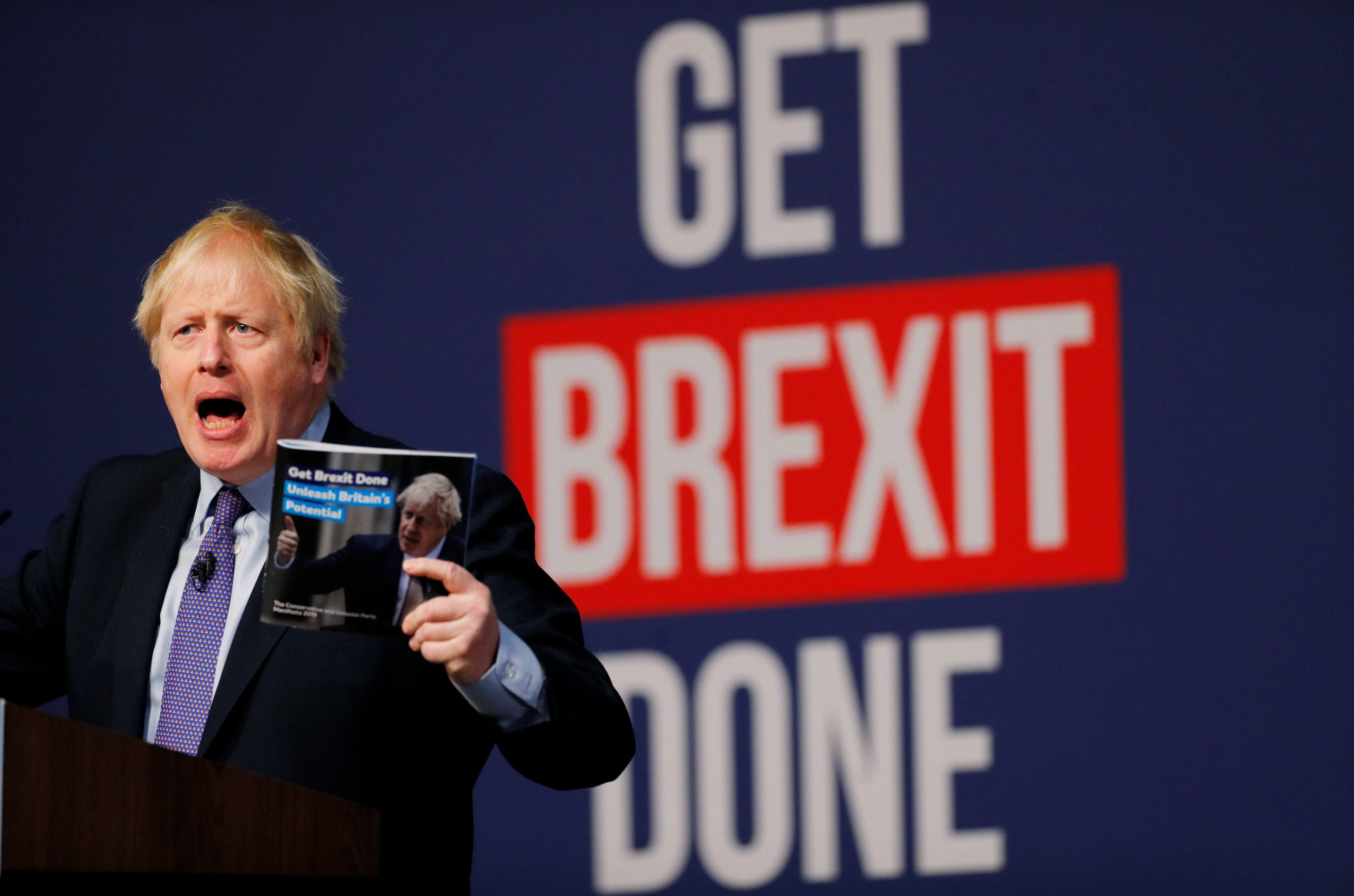 Prime Minister Boris Johnson’s manifesto for the Dec. 12 poll is short on policy and long on pledges to deliver Brexit soon. Labour’s Jeremy Corbyn is offering the opposite. The former dodges the difficulties of EU negotiations and the latter avoids difficult spending choices.

Boris Johnson promised on Nov. 24 "to get Brexit done", with no further extensions to the United Kingdom’s protracted departure from the EU, and more public sector spending.

Unveiling the Conservative party manifesto for the Dec. 12 election, the UK prime minister announced pledges that would see UK expenditure 2.9 billion pounds higher than previously expected in the tax year ending in April 2024, along with 3.6 billion pounds worth of tax cuts via raising the threshold at which national insurance kicks in. The manifesto cites 7.4 billion pounds of offsetting tax rises in the tax year ending in April 2024, most of which is generated by ditching an earlier plan to cut corporation tax from 19% to 17%. The Tories also pledged not to raise income tax, VAT or national insurance during the next parliamentary term.

Britain’s opposition Labour party on Nov. 21 announced an 82.9 billion pound rise in day-to-day government spending by the tax year ending in April 2024, a 10% increase in spending compared with the last official forecasts, published in March.

The UK opposition party said that the spending increase would be matched by an equivalent rise in taxes on companies, with an extra tax for multinationals and higher taxes on capital gains, dividends and employment income for high earners.

Labour on Nov. 24 added another spending commitment to its manifesto pledges by promising to compensate more than three million women who lost years of state pension payments when their retirement age was raised. Labour said the total cost of such a proposal was estimated to be 58 billion pounds before tax, but that the compensation could be paid in instalments.

Labour has also pledged to finance a so-called climate transition fund via a levy on UK-based companies that have extracted oil and gas from the UK continental shelf. The windfall tax could raise 11 billion pounds, it said.