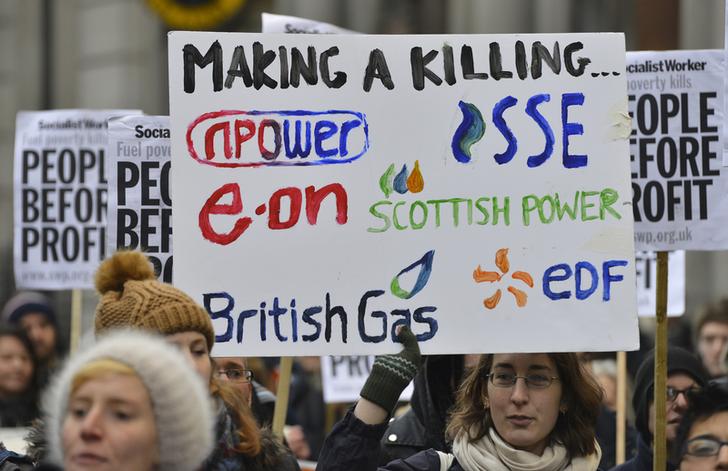 The possibility of a radical restructuring of energy companies based in Britain just became a probability. A wide-ranging competition inquiry may eventually lead to splitting generation from supply, in line with the original privatisation plan. Centrica is in the crosshairs.

Demonstrators hold placards as they march to the headquarters of energy company npower during a protest against energy prices, London November 26, 2013.

Ofgem, the UK energy regulator, has asked Britain’s newly formed Competition and Markets Authority to conduct an investigation into the generation and supply of power. “A market investigation will once and for all clear the air and allow the CMA to ensure that there are no further barriers to effective competition,” Ofgem wrote on March 27.

As part of a 120-page initial report, Ofgem also wrote: “We are concerned that vertical integration may have a detrimental impact on competition by imposing barriers to entry and expansion and by reducing liquidity in the wholesale market. Weak competition also makes it less likely that any benefits from vertical integration will flow down to consumers.”

Politicians and consumer groups in Britain have been expressing profound discontent with the UK power market in recent months. It is dominated by the so-called “Big Six”: Centrica-owned British Gas, EDF, E.ON, RWE, Scottish Power and SSE.