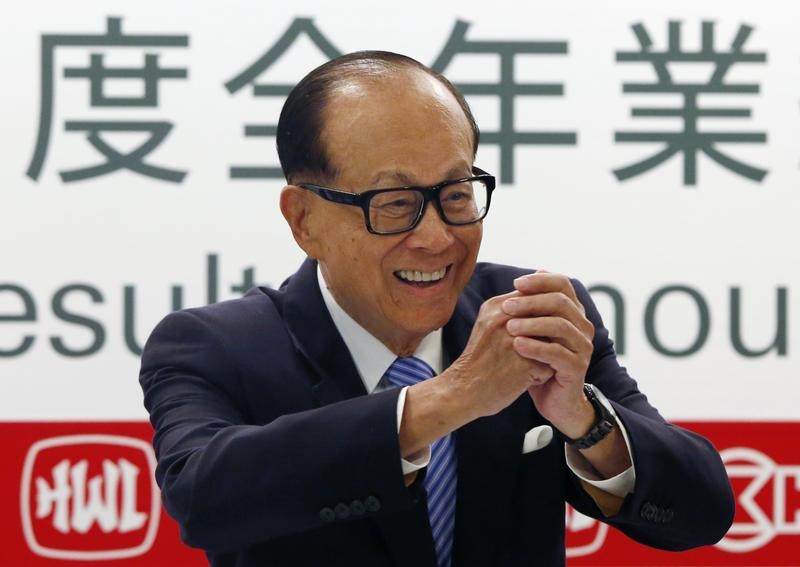 The Hong Kong tycoon is reportedly eyeing $14 bln of gas grids. Never mind Brexit uncertainties or the veto of Li’s British mobile merger. UK infrastructure offers solid, stable returns, and this could be a good use of the $7 bln cash pile stranded at Li’s Power Assets unit.

Hong Kong tycoon Li Ka-shing is putting together a bid for a majority stake in the gas-distribution business of Britain's National Grid, the Financial Times reported on Sept. 22, citing people close to the talks.

The auction is expected to value the business at 11 billion pounds ($14 billion) including debt, the FT reported. First-round bids are due on Sept. 23, it added.

Li's Cheung Kong Infrastructure is leading one group of bidders, the newspaper said. Rivals include a consortium led by Canada Pension Plan Investment Board, backed by sovereign wealth funds from Abu Dhabi and Kuwait, and a Macquarie-led team supported by Allianz, Dalmore Capital and China Investment Corp.

National Grid, which operates gas and electricity networks, said in November that it would seek to sell a majority stake in the unit, which operates four of Britain's eight regional gas distribution networks.

CKI and Power Assets, another Li company, already own controlling stakes in two of the other British networks, Northern Gas Networks and Wales and West Gas Networks. CKI is the largest shareholder of Power Assets.