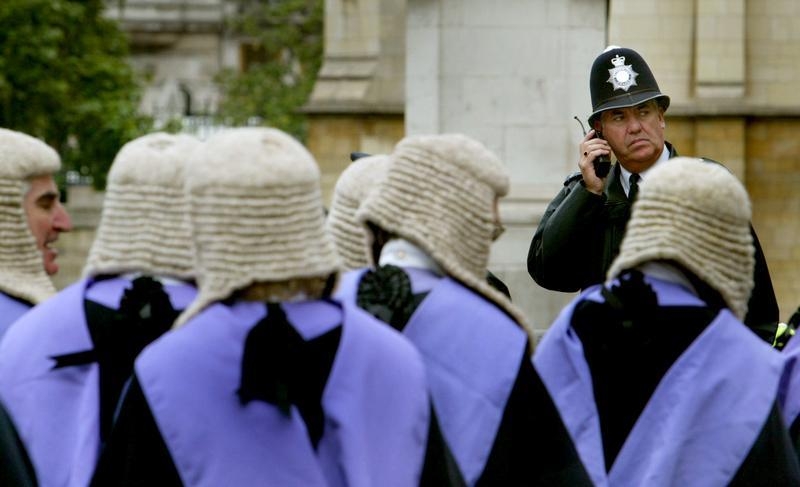 Britain may be creating its own problematic class-action culture. Suing en masse is now allowed in the UK so long as losers pay winners’ legal fees. That and other rules might limit the perceived excesses of U.S.-style group suits but could also make worthy cases too costly to file. If outsiders bankroll them, that risks conflicts and other dangers.

Aggrieved Brits have been allowed to sue together since 2000. Yet until last month they had to bring separate claims first or already be in a defined group. On Oct. 1, a new law went into effect permitting an individual to sue on behalf of everyone hurt by unfair competition. Those wanting to opt out of the group have to say so.

That’s essentially how American class actions work, with important exceptions. If a UK lawsuit fails, the person who filed it must pay his adversary’s legal fees. And his attorneys can’t take a cut of any winnings as payment. The risk of being on the hook this way is a powerful deterrent to litigation.

The rules were designed to improve on a U.S. system seen as overwhelmed with frivolous group suits that pry costly settlements from companies. The perception is exaggerated. It is unclear how many class actions are filed, but they’re a tiny fraction of total litigation, says Stanford Law Professor Deborah Hensler. And almost 90 percent are quickly dismissed or dropped, according to the Federal Judicial Center.

The U.S. Supreme Court has nonetheless cracked down, in particular strengthening companies’ ability to force customer and worker disputes into private proceedings that prohibit class actions.

The American experience hardly justifies a UK rule making it harder to afford a lawyer. The likely result will be more litigation finance from firms like Burford Capital, which back lawsuits in return for a share of any recoveries. Such firms say they don’t interfere with legal strategy, but critics question whether their interests always match those of the parties they back.

Class actions allow legal redress to people who otherwise couldn’t afford it and help regulators enforce the law. Brazil, Mexico and dozens of other countries have acknowledged their benefits by adopting class actions within the past decade. Britain is right to be wary, but it needs to do its homework.

A British law allowing class-action lawsuits for breaches of UK or European Union competition rules became effective on Oct. 1. The Consumer Rights Act enacted in March permits, for the first time, U.S.-style “opt out” class actions, which automatically cover all members of a class of aggrieved parties unless they choose not to be included. Previously, individuals could join a lawsuit only by opting in.

Class actions are designed to allow consumers and others to bring lawsuits that they could not afford to file on their own. The UK version so far covers only alleged victims of anti-competitive behavior, and will be overseen by Britain’s newly established Competition Appeal Tribunal.