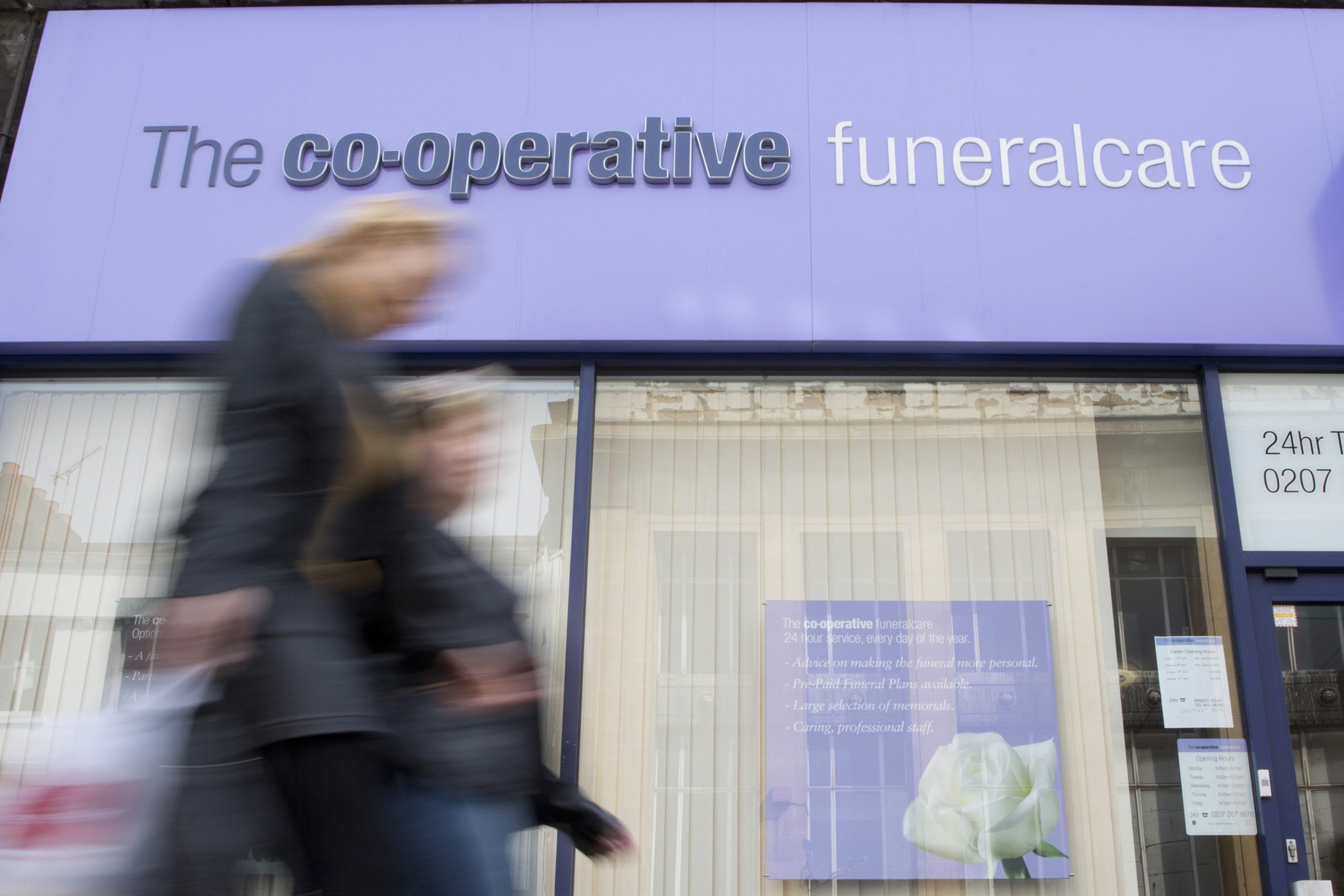 The competition regulator is investigating pricing in the 2 bln pound industry, sending shares in the only listed provider tumbling. Remedies range from forcing providers to be more transparent about burial costs to price caps. Either way, it’s curtains for morbid profit margins.

Pedestrians walk past a branch of a Co-operative funeral business in north London April 17, 2014.

The UK government on June 1 threatened to introduce tougher regulations on prepaid funerals while its competition watchdog launched a review into the broader industry.

The government is concerned that the country’s current self-regulatory framework for the funeral plan sector is not ensuring fair treatment of customers.

The Competition and Markets Authority (CMA) said it would investigate whether information provided by funeral directors on prices and services was clear enough for people to be able to choose the best option and look at how prices have changed over time.

The average cost of a funeral was nearly 3,800 pounds in 2017, the CMA said, leaving many people with concerns about taking on debt. The rising level of cremation fees will also be considered as part of the review, with cremations now estimated to account for 75 percent of all funerals, the regulator added.

Dignity, the UK’s only listed funeral service provider, said in January it would cut some of its prices as customers were becoming more price-conscious.