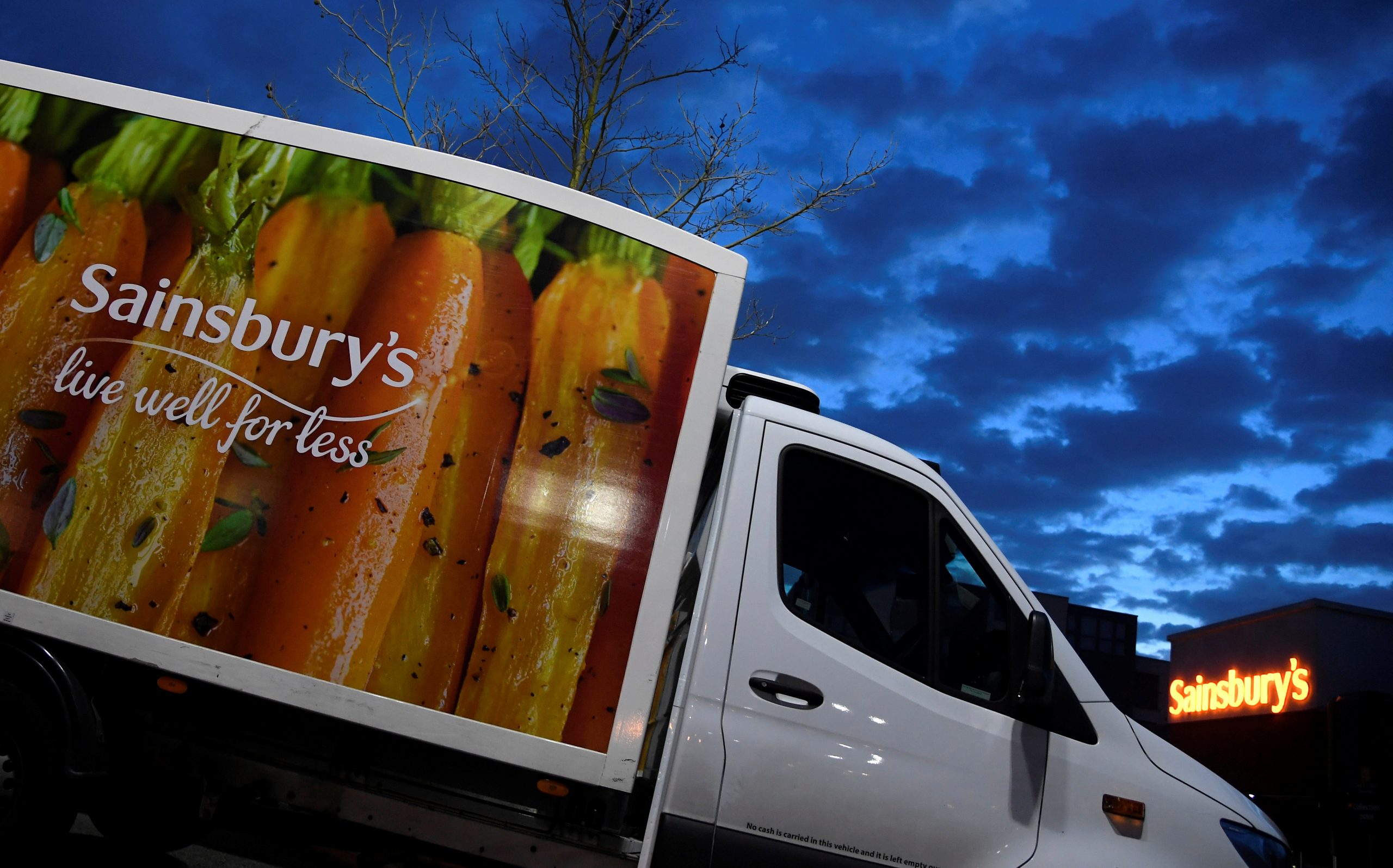 Sainsbury’s has pledged zero emissions by 2040, 10 years ahead of the UK goal. That’s good, but like many banks and oil groups, the cuts only affect CO2 the company itself produces. For businesses to decisively tackle global warming, they need to cut what’s emitted by customers.

Signage for Sainsbury's is seen on delivery vans at a branch of the supermarket in London, Britain, January 8, 2020.

British grocer J Sainsbury said on Jan. 28 that it will have net zero greenhouse-gas emissions by 2040, a decade ahead of the British government’s own target, which it said “isn’t soon enough”.

Sainsbury’s, which is Britain’s second-biggest supermarket group and trades from some 2,300 locations, said it would spend 1 billion pounds to hit the target. The company employs 185,000 people across Britain and Ireland and has over 27 million customers each week.

Sainsbury’s said its current carbon footprint is one million tonnes – a 35% absolute reduction in the last 15 years, despite its space increasing by 40% over the same period. It said it has invested 260 million pounds in more than 3,000 initiatives over the last decade.

The group will work with the Carbon Trust to assess emissions and set science-based targets for reduction, publicly reporting on progress every six months.

It plans to work collaboratively with suppliers and will ask them for their own carbon reduction commitments.